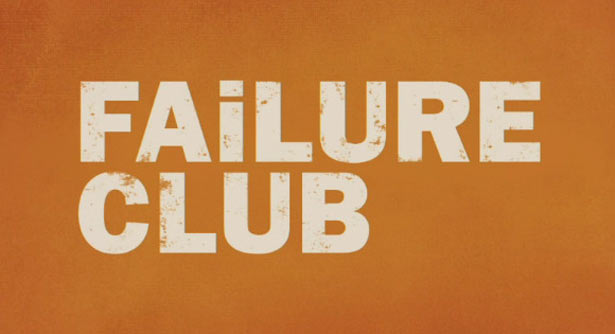 Starting university can be overwhelming. You might be away from home for the first time, feeling the need to make new friends, and facing new academic challenges to boot. Sometimes the fear of failing new things can lead you to miss important events and opportunities. Fear can make you reluctant to try new things, to procrastinate and avoid testing situations.

A big secret is that everyone is afraid. Even those people who appear super cool and confident, quake in their booties every now and then.

Tackling your fear of failure does not mean becoming fearless. That’s impossible. However, you can learn to accept fear as a part of you, and ultimately do the things that you both want and need to do in spite of it.

The Oxford Dictionary defines failure as:

Our performance is constantly measured and assessed. We’ve all been through exams, A-levels, BTECs and the like, and its probable that your entrance to this university was dependent on how you performed academically.
Given this context, it is no wonder that we dwell on failure and get frightened of what happens if we don’t get things right. But when you are paralysed by fear, this definition is not going to help you.

I prefer this alternative definition of failure:
Don’t give failure too much importance as it is rarely the final result. Rather than seeing failure as a negative outcome, we can think of it as a small part of the process. An intrinsic element in the process of learning and growing.
You are not your failures. We’ve all been the subject of jokes at school when we’ve got things wrong, and you can probably still feel your cheeks burn with shame when you remember some of those moments. But our self-worth doesn’t need to be attached to our daily wins and losses, and we are more than the sum of those parts. If you’ve failed, you are not a failure. Failure is an essential ingredient towards becoming an intrepid experimenter.

Taking control of your fear.

First you need to get to know your fear. Talk to it, or jot down your thoughts if that feels weird.

Next we need to focus on facts. Uncertainty is a major source of fear. Our fear usually manifests itself because there’s at least one aspect of the challenge ahead that is unfamiliar.

Take action by making small steps. Focusing on the big challenge is often what makes us afraid. Tiny steps also give you feedback, which can be used to correct your course of action. So break the feared event down into tiny steps, the smaller the better. Chose something that you’re confident you can accomplish and just do it. Your first small success will build confidence. When you’ve finished the first step, repeat the above. Go and do it now!

Change your outlook. There are so many ways something can be successful that it’s a shame to focus solely on how it can fail. Perhaps you checked into the seminar you feel nervous about and didn’t know how to answer the question you were asked. Or maybe you were unhappy with your essay mark.

What can seem terrible can also be an opportunity to learn and grow. Take your pick of an alternative way you can define success. Your focus could now be on how brave you were, or how exciting it was to do something new, or how you talked to someone in your seminar group for the first time. Whatever happens, learn from it. Ask yourself: