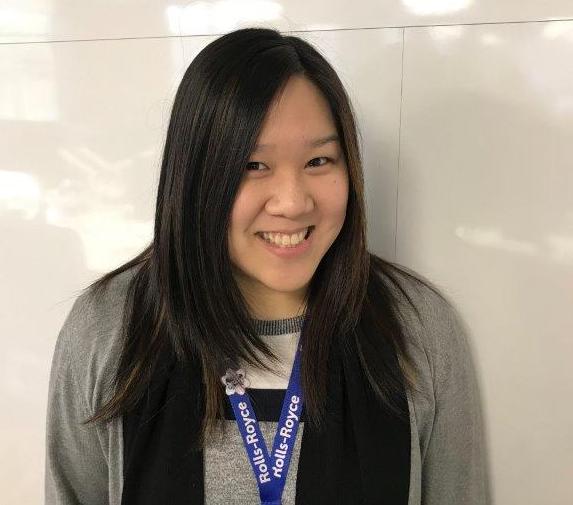 What is the title of your degree?

Why did you choose to study the Year in Computing?

After doing my placement year in Human Resources with IBM, I realised I wanted to move into the technology field due to the pace of change and variation of work. I thought the best way to position myself for the change would be to gain some experience in computing. The Year in Computing was perfect for this because it didn’t assume any prior knowledge and also demonstrated my commitment and passion for future employment in technology.

What was it like studying in a different school?

I had a great time! In my previous degree, I attended seminars to expand on lecture content – these were mostly done in the format of guided discussions. With the Year in Computing, we did workshops. I enjoyed these more because it gave me the opportunity to apply and practice some of the concepts raised in the lectures. Overall, the Year in Computing was a lot more hands-on which was more compatible with how I like to learn.

What did you do for your project?

For my final project, I decided to step into the world of game development. I created a browser-based RPG which involved moving around a map, talking to NPCs (non-player characters) to receive quests. The quests were based on solving problems related to concepts we learned about in the Year in Computing. Ultimately, my ambition was greater than the final product… but it certainly made me appreciate the work game developers do!

What was the highlight of studying the Year in Computing for you?

I think the atmosphere on the course was definitely unique. I loved studying with people from so many different fields. Each person had a way of approaching a problem and it was fascinating how that would impact their code. Probably one of my highlights was an assignment to set up a server using the Unix command line – I definitely felt like I could start calling myself a programmer after that!

How would you sum up the Year in Computing?

Fun and worthwhile. I really enjoyed how the course was structured, which was largely ‘here is a problem to solve – now figure it out’. I also really liked how tangible the work was – I could write some code, run it, and immediately see the results (for better or worse)!

Would you recommend studying the Year in Computing?

Definitely. I think programming and an understanding of computer basics will always come in handy. It’s also a great year to meet new people and also try your hand at solving problems in whatever way you can do it!

How do you think studying the Year in Computing benefitted you?

I think it definitely played in part in obtaining my current job. It has given me a way to demonstrate to companies and people that I can learn something like programming quickly and do it to a good standard, which is always valuable. It has also taught me the meaning of persistence – there are some problems I wouldn’t have been able to solve without trying and failing over and over again!

I’m currently on the Digital & Technology Solutions graduate scheme with Rolls-Royce, starting my second year which involves declaring a specialism. I’ve chosen to go into cyber security, an area I never would have dreamed I would be able to work in without a technology degree. The Year in Computing has given me the confidence to say to employers ‘if I don’t know, then I’ll just learn it’!