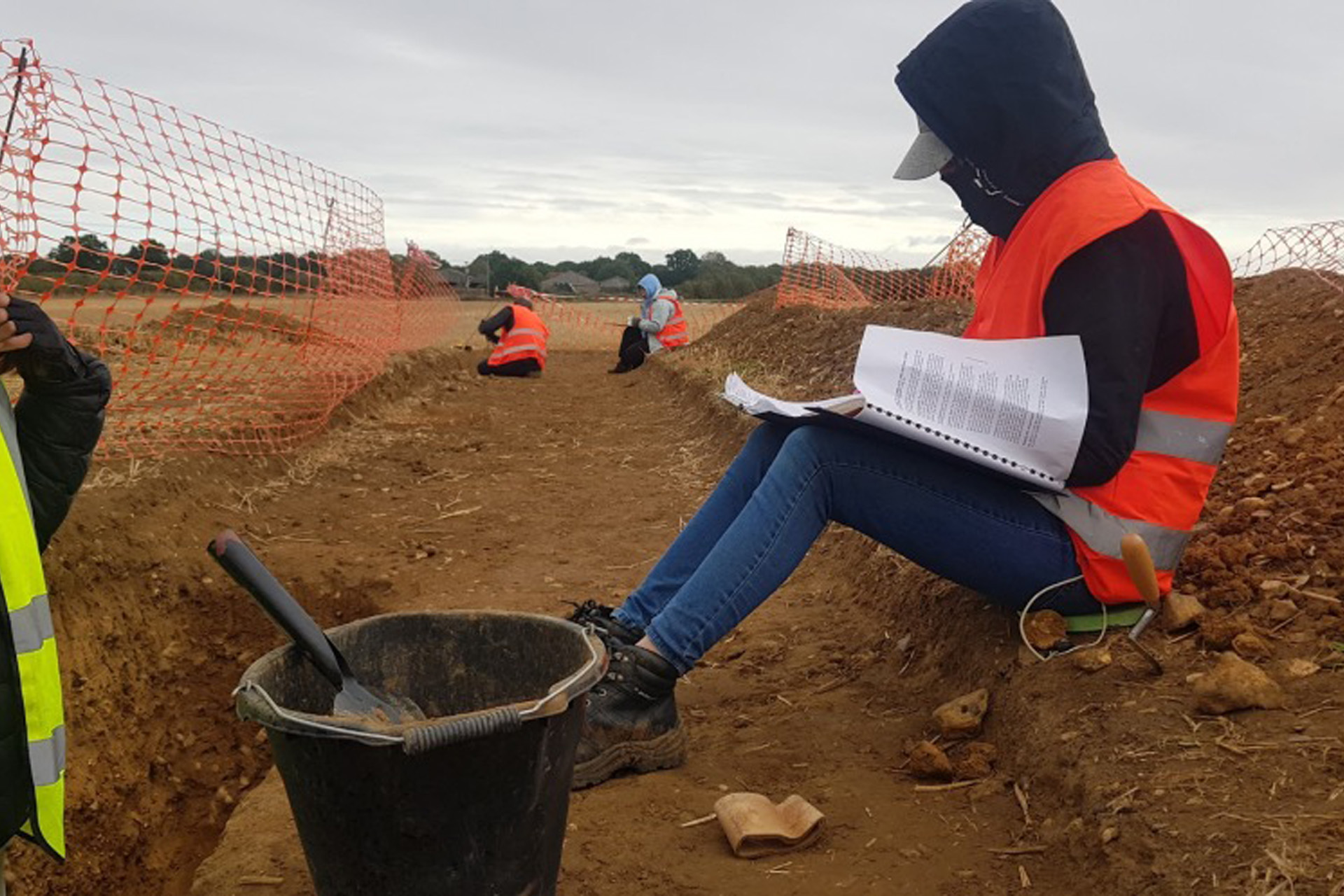 At the University of Kent, you can explore the ancient world all the way from prehistory to the late Roman Empire and early Christianity. To give you a head start, we’ve put together some advice from our alumni about how to make the most of your first year at Kent!

What would encourage all first-year students to do before coming to University?

“Make sure you know how to budget (and stick to it), and make sure you have your own bank account. A bi-weekly cash pack from your parents won’t help if you aren’t good with budgets!”

“Get a laptop if you can or borrow one from the library. It changed my life when I didn’t have to wander around looking for a free computer to write essays.”

“Get the required books for your modules early! It’s nice to have your own copy for taking notes. If you get second-hand copies make sure they’re the same translation!”

“Whilst it’s not a must, look up a couple of academic articles so you get a feel for what they’re like, and you don’t face your first seminar without a clue what you’re trying to read.”

“If you’re an eager beaver (not a must because none of the lecturers assume prior knowledge) you can read around the subject just to give you a basis, this’ll help you figure out quicker what you’re most interested in and make it easier to get inspiration for essays.”

“Read the CLAS Handbook. It has loads of information about referencing and citation systems. If you do this first, then when it comes to writing your essay you can focus on the main aspects of assignments as you won’t need to concentrate on learning these simultaneously.”

What do you wish you’d done earlier when you got to Kent?

“Joined the academic society! KCAS is the best way to connect with other people on your course early on and will give you an insight of what’s to come in your first year.”

“Used moodle more. Lecturers put key information and resources there that are crucial to your success. In addition to recommended reading lists, they put specific guidelines for essays too. It’ll save hours of time on research and essay planning (and help you get better marks).”

“Write up your lecture notes on the same day as the lecture, then fill in gaps by choosing from reading from the list your lecturer put together. It helped me understand a lot more that happened in class and my marks got better!”

“Be prepared for just how little six hours per week in class is! Most of the work for your degree is done outside of class, so be organised and work hard to get the most from those six hours.”

“Ask for help! I thought I would have to fend for myself, but actually talking to my adviser set me on the right path. I wish I hadn’t waited so long to ask her about the questions I had!”

“I wish I’d gone to office hours sooner. I was afraid to go because I didn’t want to seem like I didn’t know what was going on. When I did, my lecturer helped me make sense of the module and I enjoyed it so much more after I got up the courage to talk to her.”

If you could recommend a single book or article, what would it be and why?

“Oxford Classical Dictionary. So useful. There are two copies in the Library and we have online access too! It’s WAY, WAY better than Wikipedia! It’s good for looking up every author, topic and person that you come across, before you do your wider reading. Try to do this ahead of the lecture or seminar on the relevant subject – this really boosted my confidence that I knew what I was doing!”

“The Ancient Greeks: Ten Ways They Shaped the Modern World. This really shows how pervasive ancient culture is (and has been) on Western culture.”

“Mary Beard’s SPQR. It gives a nice basis of Roman history for those who know nothing as well as those who have some prior knowledge.”

“Arnaldo Momigliano’s article ‘The Rules of the Game in the Study of Ancient History’ in the journal History and Theory (you can download it free from the library). It’s 10 top tips for the ancient historian; my essays were loads better after reading this.”

“Homer’s Iliad or Odyssey. These really are best when you study them in class, because a lot is happening in them, but reading them in advance gives you a basis for the creatures, monsters, gods and heroes you’ll come across in class. Try the translations by Stanley Lombardo – they’re easier to read than Robert Fagles.”

“Herodotus, Histories. I read this before I started and was enthralled. From Athenian war tactics to the daily lives of roaming African tribes to descriptions of temples and ritual in ancient Egypt. Nobody paints a picture of the ancient Greek world like Herodotus.”

“It really helped that I read Ovid’s Metamorphoses before I started my degree, because I came into the department with very little classical knowledge or experience (but a lot of enthusiasm!). It’s a really good introduction to the myths of the ancient world, and they turn up again and again in classes and lectures.”

“There’s lots I would recommend, but I’m going to tell you what I wouldn’t. Lecturers hated it when I referenced books by Michael Grant and Robert Graves. They’re really out of date and off base on a lot of things.”

What is the most unexpected thing you learned during your degree?

“How much is open to interpretation and how valuable your own opinions can be when studying the relevant sources, be it primary or secondary.”

“I found my passion in week two of the first term. I didn’t expect it to happen so soon after starting. The variety of topics we cover really do mean that there’s something for everyone.”

“I took an archaeology module, and it really surprised me just how many different theories there are in interpreting the same finds. The methods used to look at things are also numerous – I didn’t know that it’s possible to do archaeology using lasers to ‘see’ through trees in rainforests!”

“I’d never thought about or studied gender before. It was a revelation to think of women in antiquity as a category to be studied.”

“I did not expect to find that learning Latin (which we read and translate rather than speak – no oral tests!) would help me so much with writing better English. Learning Latin has been an invaluable part of my degree and has enabled me to translate ancient authors.

“Learning Greek was a revelation. I know English so much better now! Besides, a lot of academic articles we read in our modules use Greek and Latin words without translating them, so even knowing a little Greek made my other academic work a lot easier.”

“How useful it is to actually speak to other people after lectures and seminars. It was really good to have a group of people to meet up with after class to talk about things, especially since we often helped fill in each other’s notes.”

“Lecturers are actually real people! It took me a long time to work up the courage to go into office hours, but when I did it was so awesome because they really wanted to talk to me.”