John Butler was born in Chatham in 1878, the second to youngest child of George Whiterod Butler and Mary Ann; George and Mary had eight children. John was baptised at St Pauls Church, Chatham on 14th April 1880, together with his siblings, Mary, Amy and baby Ernest. The family’s home was recorded as 45 Bryant Street and their father’s occupation was given as a painter.

John had also left the family home by 1901 as the census states he was part of the Royal Marine Light Infantry serving aboard HMS Terrible. The Terrible was one of two Powerful class of protected cruisers built by J.& G. Thomson on Clydebank and launched on 27 May 1895. By 1902, the Terrible had taken part in two major actions: Landing parties were provided to support the relief Siege of Ladysmith and crew members also took part in suppressing the Boxer Rebellion in China. As John was a Royal Marine, it is likely that he also saw action. 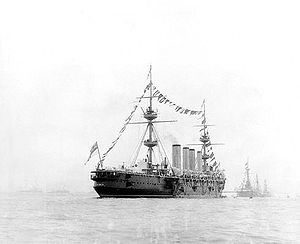 John disappears from records form 1901 until start of the Great War. Records show that John served as a Royal Marine sergeant on HMS Cressy. He was on board on the on the morning of 22 September. The Cressy was on partrol in the North Sea with her sister ships Aboukir and Hogue, when bad weather forced them to shelter. The poor weather also caused German U-Boat U9 to surface. The following engagement led to the sinking of all three ships at a loss of 62 officers and 1,397 enlisted men, 560 of which were from the Cressy, Sergeant John Butler being one of those lost at sea. 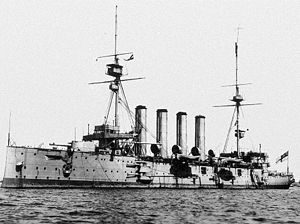 Armoured cruiser HMS Cressy, sunk on 22 September 1914, along with her sister ships Aboukir and Hogue, by German U-boat U-9.

Sergeant John Butler is remembered at the Royal Naval Memorial in Chatham. His brother Edward of, 38, Grove Road, Luton, Chatham was notified of his brother’s death and that the body was not recovered for burial.

John was not the only ‘Butler’ to be killed in action. His nephew, Acting Sergeant Walter Edward Butler from The Buffs joined the number of war dead on 13th October 1916 at the age of 28. He left a wife and two children, Walter and Emily. Family of the ‘Butler Boys’ still live in the Medway Towns.