All are very welcome to join us for the next Melodrama Meeting on Monday, 14th of November, 5-7pm, in Jarman 7. We will be discussing the film I Am the Pretty Thing That Lives in the House (2016, Osgood Perkins, 87 minutes). 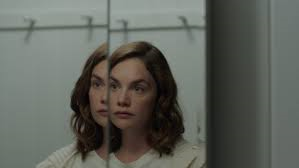 Released very recently (on Netflix the 28th of October) the film’s title appears to invoke Shirley Jackson’s classic gothic novel We Have Always Lived in the Castle (1962). Like Jackson’s work, the plot revolves around a large house and its unusual inhabitants.  Ruth Wilson appears as Lily, a live-in nurse who is contracted to care for the elderly Iris Blum (Paula Prentiss) but who comes to suspect that her employer’s house may be haunted.