All are very welcome to join us for the fourth of this term’s screenings, which will take place on the 24th of November, Jarman 7, 5-7pm. We will be showing In This Our Life  (1942, John Huston, 97 mins).

In This Our Life (John Huston, 1942) stars Bette Davis and proves she is best when she is being bad. Davis stars as Stanley Timberlake a woman that is never satisfied and will use any man she can to stay on top. Consumed by jealousy and greed Stanley leaves her fiancée and steals her sister’s husband! Stanley’s selfish ways spell disaster and death in every turn in this melodrama filled with tangled love affairs and seedy incestuous temptations! 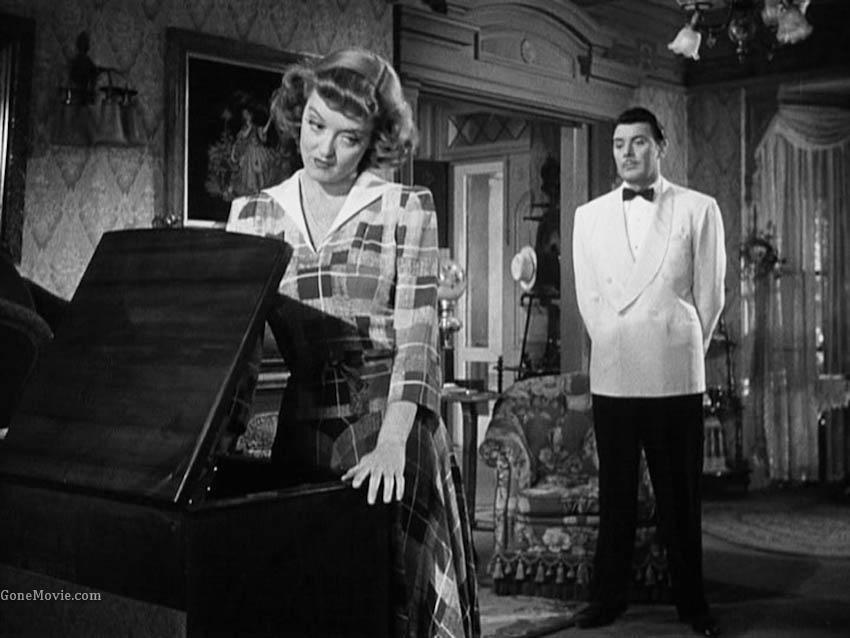 Before the shooting of this film commenced Davis’ husband, Farney, had become seriously ill. Despite the studio’s request to stay for costume fittings Davis flew to Minneapolis to see her husband. On her journey Davis had been told by a studio representative that her husband was recovering, but Bette knew better. Once she arrived at Minneapolis her husband was in intensive care and she was furious at Jack Warner for lying to her. Soon her husband became better and told Davis to return to L.A. However, a mix of worry and anger did not leave Davis, and it has been suggested by James Spada that her performance has a ‘fevered manner’ (Spada, 1993, p. 259) due to her ‘frazzled state’ (p. 259). Bette is let loose in this film to stomp and twitch wildly, perhaps the most in any of her films to date. After all, it is this film that claimed: ‘Nobody’s as good as Bette when she’s bad!’

Do join us, if you can, for all the above!