All are welcome to attend this term’s first screening and discussion session on the 23rd January in Jarman 7, from 5pm to 7pm.

We will be showing The Narrow Margin (Richard Fleischer, 1952) 71 mins 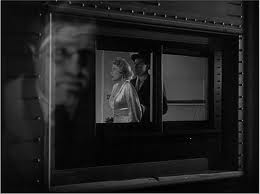 Although hailed now as a taut film noir classic and B picture masterpiece, The Narrow Margin was announced by the New York Times on its first release as ‘a Suspense Melodrama’. The film follows the attempts of a determined Chicago policeman to get a witness to a trial in Los Angeles , and the mob’s equally determined attempts to stop him. The action takes place on the train for the majority of the film’s running time, and is just as breakneck and relentless as the intercity flyer.