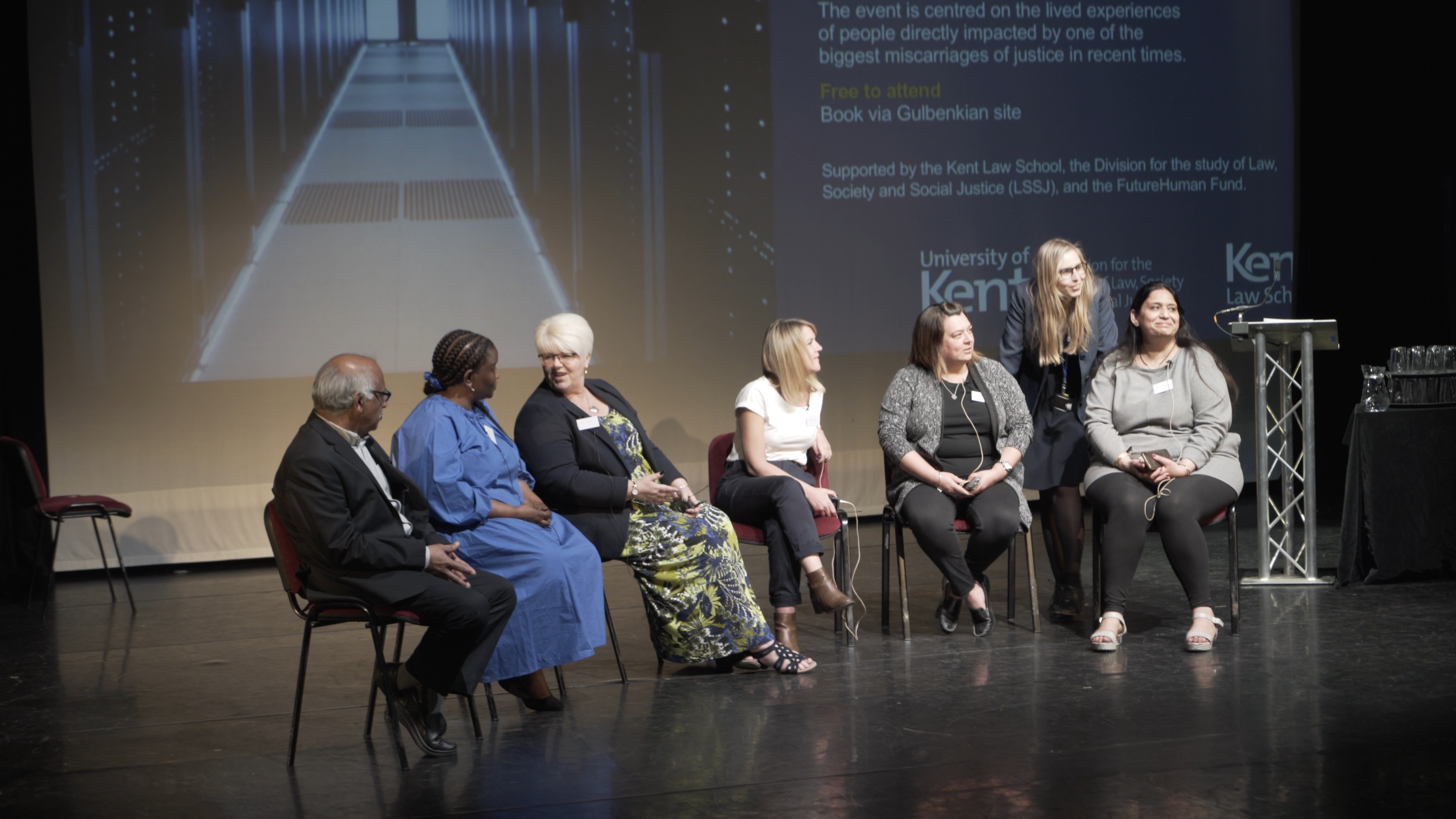 The Digital by Default: Post Office Horizon event took place on 21st May 2022 at the University of Kent. The event was centred on the lived experiences of the people directly involved and impacted by one of the biggest miscarriages of justice in legal history. It facilitated a conversation between people with lived experiences of this miscarriage of justice, those who helped expose what happened, and a new generation of students entering the legal field. The event was designed to provide an accessible overview of important issues involved through storytelling, presentations, and reflections.

The event brought together fifteen speakers, including ex-sub-postmasters and mistresses who were wrongly convicted of theft and false accounting, their legal teams, a professor of law and professional ethics, a professor of computer science, and investigative journalists and publishers. The event featured a roundtable discussion with six ex-sub-postmasters and mistresses (SPMs) outlining their experiences working for the Post Office before and after the Horizon accounting computer system was installed. Panel one was chaired by Prof. Lydia Hayes, University of Kent. The panel included Mr Pamrod Kalia, Mrs Teju Adedayo, Mrs Nicki Arch, Ms Tracy Felstead, Ms Janet Skinner and Mrs Seema Misra.

The second panel was chaired by Prof. Bernard Richmond QC, University of Kent. The panel featured a presentation on The Civil Litigation: Strength in Numbers by Ms Kathleen Donnelly and Mr Patrick Green QC (Henderson Chambers). The second presentation was on Mutual irresponsibility and Professional Misconduct in the Post Office Scandal given by Prof. Richard Moorhead (University of Exeter). The third presentation was on Abuse of power and criminal cover-up by Ms Flora Page (23ES Chambers and UCL). The last presentation on this panel examined The deeper IT scandal behind the Post Office Horizon scandal by Professor Harold Thimbleby (Swansea University).

The last panel was a roundtable discussion on the role of investigative journalism in exposing this miscarriage of justice, chaired by Mr Ian Reeves, University of Kent. The speakers included Ms Katie Glass (Sunday Times), Mr Tom Witherow (Daily Mail), Mr David Chaplin and Ms Helen Lacey (Bath Publishing). The film features panels one and two from the live event.

Live recording of the Digital by Default: Post Office Horizon event, featuring panels one and two

An interview with Rebecca Thomson, who broke the Post Office story whilst working at Computer Weekly, by Filipa Paes and Alfie Armstrong from Kent Law School

The myth of perfect software: IT audit and governance aspects of the Post Office scandal, by James Christe, Independent IT consultant