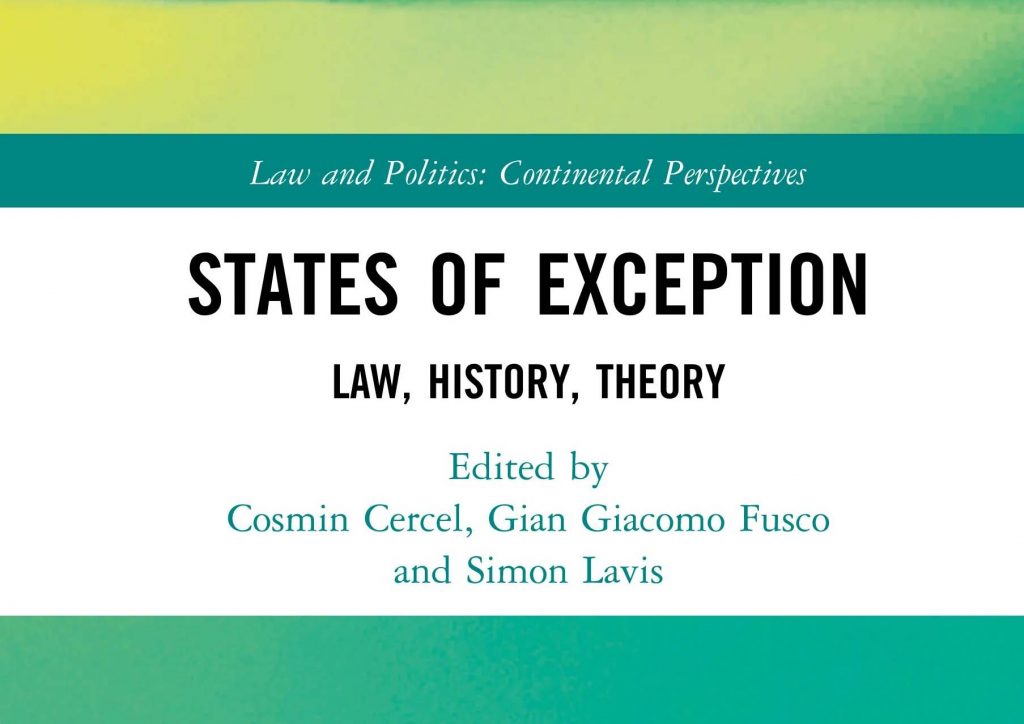 A new book co-edited by Kent Law School Lecturer Dr Gian-Giacomo Fusco explores the concept of the ‘state of exception’ (when laws are suspended in a time of crisis) with respect to its relevance for the analysis of law.

States of Exception: Law, History, Theory, published by Routledge, is co-edited by Dr Fusco with Cosmin Cercel and Simon Lavis.

Drawing on critical legal theory, continental jurisprudence, political philosophy and history, the book explores the genealogy of the concept of the state of exception and reflects on its legal embodiment in past and present contexts – including Weimar and Nazi Germany, contemporary Europe and Turkey. It reflects on the deeper symbolic and jurisprudential significance of the coalescence between law and force and explores the impact of the state of exception on legal and political thought.

In their introduction, the editors say: ‘State of exception is one of those concepts in the politico-juridical vocabulary whose established popularity is not affected by their evident terminological uncertainty. Since the beginning of the twenty-first century, with the emergence of what has been defined as the war on terror, academic production on the subject has been literally flooded by an imponent stream of contributions. In the last two decades, the succession of multiple and diversified emergencies have had a decisive impact in Western governmental systems and societies, which unsurprisingly reacted by strengthening their securitarian drives. In a rather disturbing fashion, liberal democracies tended increasingly to challenge the pressure brought by global crisis – from international terrorism to the current waves of migration – through the hardening of police measures and the consequent limitation of civil and political liberties.’

Dr Fusco is also the author of a chapter in the book on ‘Exception, Fiction, Performativity’. In this chapter, Dr Fusco argues that the exception must be better understood in terms of performativity: ‘When the exception becomes a regulated and normalised technique of government, the verification of its legality or illegality – a central trope of past and present jurisprudence – becomes a trivial enterprise. More important, instead, would be calling into question the very nature of the exception as a ‘legal object’, which ‘lies squarely within the field of public law’. Consequently, the possibility of abusing emergency powers simply to obtain a certain goal, and not as a reaction to a chain of perilous events, will appear as inscribed in the very nature of the exception as a legal object. But the term masquerade is also telling in another sense – the one that pertains to the sphere of the ‘fictional’. Law’s practice and history is populated by fictions of very different kinds.’

Dr Fusco studied philosophy at the University of Bologna and the University of Rome before obtaining his doctorate in law at Kent Law School in 2018. His dissertation focused on the concepts of sovereignty and legal normativity in the work of the Italian philosopher Giorgio Agamben and is the inspiration for a monograph called Form of Life. Agamben and the destitution of rules that is due for publication by Edinburgh University Press in 2021. This book, through close engagement with Agamben’s idea of form-of-life, offers viable theoretical paths to think outside the crisis and the obsolescence of Western juridical and political reality. 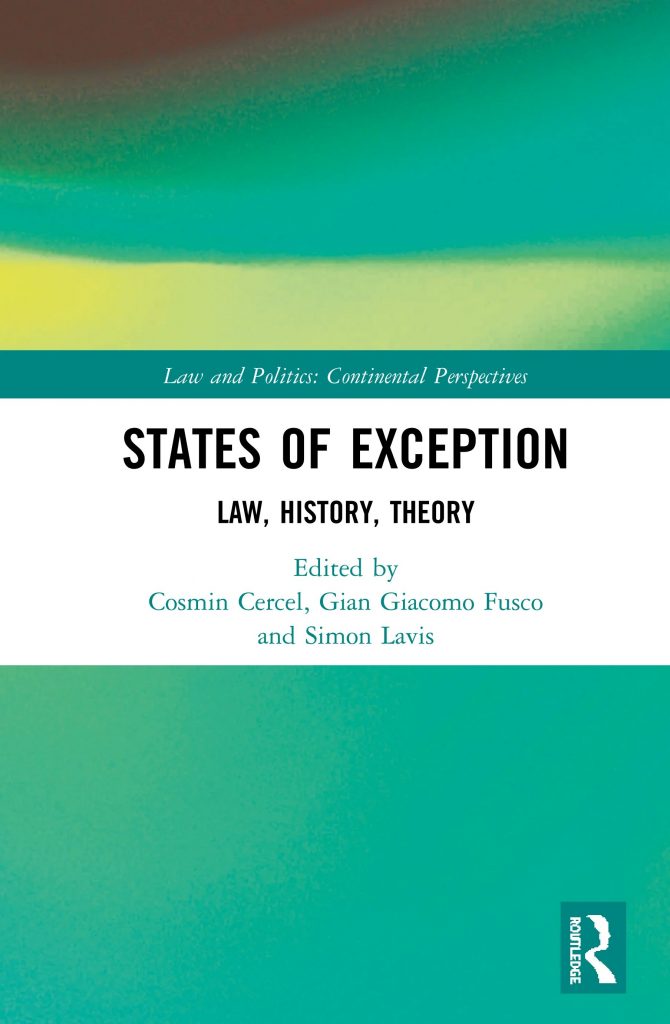