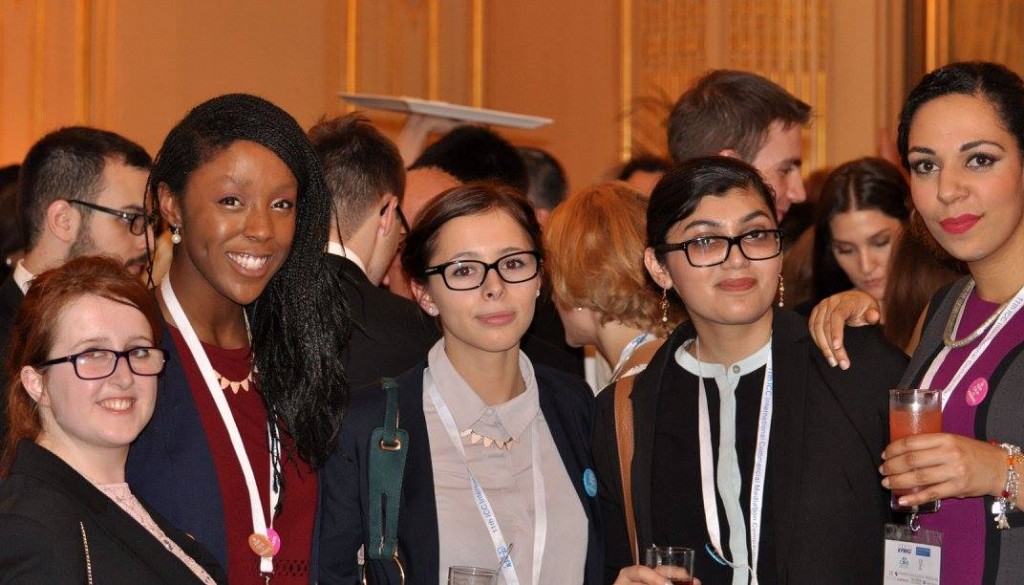 A team of four student mediators from Kent Law School were one of 66 university teams competing in the 11th ICC International Commercial Mediation Competition held in Paris this month.

Kent Law School Lecturer in Alternative Dispute Resolution Janie Clement-Walker, who accompanied the team to Paris, said: ‘The girls certainly did the University of Kent proud holding their own against very experienced competitors!’

Rachel Easton said: ‘It was an honour and a privilege to represent the University of Kent at a competition which brought together so many different cultures and styles of mediating. I came away with a better understanding of how international mediating works and just how important it is. However, if I could pick just one thing to reflect upon it would be just how important teamwork is, to have complete support from your coach and team mates when under the strain of a competition that large is an amazing feeling and one I shall not soon forget. Bring on the next competition!’

Meshaal said: ‘The ICC Mediation competition has been one of the most incredible experiences I’ve had the privilege of attending. The opportunity to meet professional mediators, students, and organisers from all corners of the world has definitely highlighted the importance of mediation as a global avenue for alternative dispute resolution. I felt proud to represent the University of Kent for our debut at Paris, and I wish the future teams from Kent Law School the very best of luck in continuing our dynamic reputation in future years at the competition.’

The team is now preparing to compete in the the 2016 International Law School Mediation Tournament sponsored by the International Academy of Dispute Resolution (INADR). The competition will be held on 8 March at Loyola University Chicago in the US. Teams from Kent have previously participated in the INADR tournament, competing in Chicago in 2014 and in London in 2015.

This year’s team from Kent are all currently studying a module in Mediation, one of two non-credited Alternative Dispute Resolution (ADR) modules offered at Kent Law School. The second non-credited ADR module is Negotiation; students studying this module also have a chance to compete at a national and international level. Both extracurricular modules provide an introduction to the skills required to resolve legal disputes without recourse to litigation. Although optional, successful completion of the ADR modules is noted on final degree transcripts.

Mediation and negotiation are amongst several options open to students at Kent Law School who are keen to develop their practical legal skills; other options include getting involved with the work of Kent Law Clinic, mooting, client interviewing and participation in mock trials.