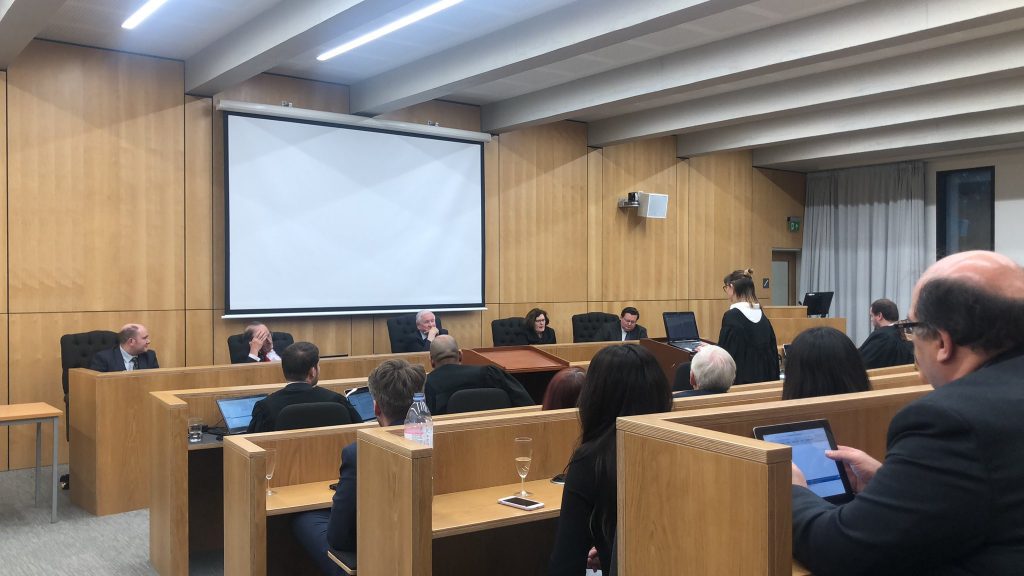 Kent Law School is one of only 12 UK law schools to be selected to hold their internal moot competition final at the Supreme Court in London.

Four of the Law School’s top mooters will perform one final moot on Tuesday 28 April before The Right Hon Lord Reed, who recently succeeded Baroness Hale of Richmond as President of the Supreme Court of the United Kingdom.

Mooters will be debating a public law question written by Kent Law School Senior Lecturer Sebastian Payne. They’ll be watched by more than 20 of their law student colleagues from Kent and will all enjoy a behind-the-scenes tour of the Supreme Court as part of their experience. The best mooter from each moot will be awarded their certificate by Lord Reed.

Kent Law School’s Senior Internal Mooting Programme began earlier this month, under the supervision of Lecturer Darren Weir. Darren, previously a practising barrister for many years, is now the Law School’s Director of Mooting.  Moots are held weekly in the Law School’s Kennedy Wong Moot Court and are normally judged by up to three judges comprising members of the judiciary, solicitors, barristers, alumni and academics. Experienced mooters also compete in external competitions (against other university law schools) throughout the Autumn and Spring terms. (Follow all the latest mooting news and updates on Kent Law School Mooting’s Facebook page.) Boys & Maughan Civil Advocacy Competition: The final of the annual Boys & Maughan Civil Advocacy Competition will be held in Kent Law School’s Moot Court at 6pm on Tuesday 4 February.  Mooters will be tackling an appeal from the County Court. The winner will receive £100 plus a mini-pupillage at Stour Chambers. Anyone wishing to watch is invited to book a seat no later than Wednesday 29 January. Kent Law School Mock Trial Competition: The final of Kent Law School’s Mock Trial Competition, sponsored by Vyman Solicitors, will be held in the Moot Court at 6pm on Wednesday 12 February. The two finalist advocates were selected from among 170 law students who competed in ten fully simulated Crown Court trials last term. Witnesses at the final will be played by Emma Palmer, President of Kent Law Society, and Ben Leb, a barrister at Stour Chambers. An award ceremony will follow proceedings. If you’d like to watch the final, please book your place online.