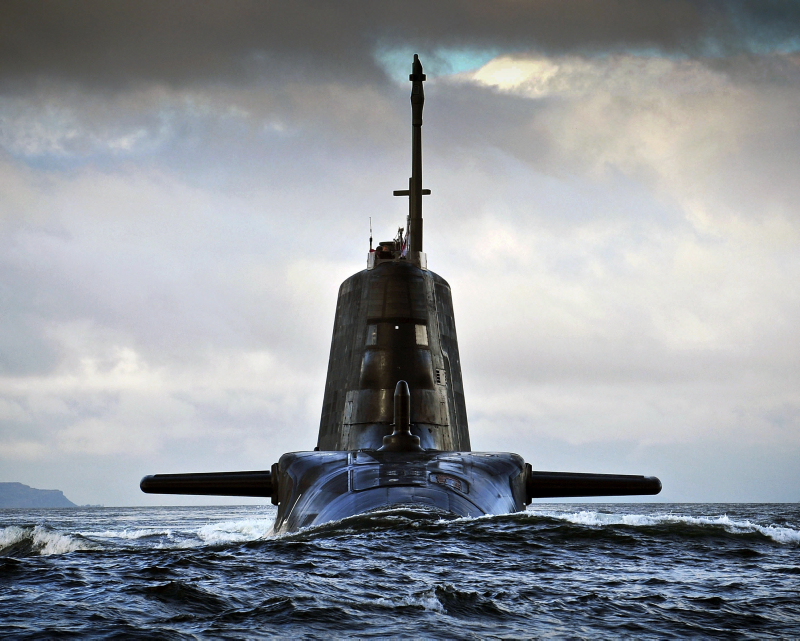 Kent Law School Professor Nick Grief is among a group of signatories to a letter sent to all MPs, questioning whether the UK’s Trident nuclear weapon system should remain on ‘Continuous at Sea Deterrent patrol’ as the costs of COVID-19 spiral.

Other signatories include three former Royal Navy Commanders, Ian Blackford MP, a member of the House of Lords, academics and peace campaigners. The letter has been circulated to MPs, MSPs, Welsh and Northern Irish AMs by the Bertrand Russell Peace Foundation (an organisation established in 1963 by Earl Russell to continue his work for peace, human rights and social justice.)

Commander Robert Forsyth RN (Ret’d), a former nuclear submariner who served as 2nd in Command aboard Polaris nuclear armed submarines, and a signatory to the letter, said: ‘It is completely unacceptable that the UK continues to spend billions of pounds on deploying and modernising the Trident Nuclear Weapon System when faced with the threats to health, climate change and world economies that Coronavirus poses.’

All the signatories to the letter (the text of which is copied below) hope that their efforts to question the nuclear ‘Continuous At Sea Deterrent’ will encourage politicians and the wider public to begin to question the morality and the feasibility of nuclear weaponry.

Professor Grief specialises in international law and human rights. He teaches Public International Law and EU Law at Kent Law School and practises at the Bar from Doughty Street Chambers.

RE: Covid-19 and Continuous At Sea Deterrent

The increasing cost of Coronavirus will require decades to recover. Meanwhile, the UK’s Trident nuclear weapon system remains on Continuous At Sea Deterrent patrol costing some £2 billion a year and using scarce military assets to protect the on-patrol submarine.  This is despite Trident missiles having been de-targeted since 1994 and stood down at ‘several days’ notice to fire (HMG website) since 1998. Furthermore, recent public statements by the Chairs of the Defence Select and Public Accounts Committees advise that two out of  four Vanguard class submarines that carry Trident missiles have been unavailable for more than a year, placing what must be considerable strain on the remaining two (normally three) submarine crews now having to carry out patrols of up to four months at a time. The morale of the submarine crew on patrol, understandably worried about their families at home and knowing their weapon system is stood down, must be a concern, as is their own state of health and exposure to the virus.

In these circumstances, and lacking any foreseeable threat of a ‘bolt from the blue’ nuclear weapon attack on the UK, is it appropriate for the Government to continue spending billions of pounds on Continuous at Sea Deterrent, as well as building new nuclear warheads and the submarines to carry them?