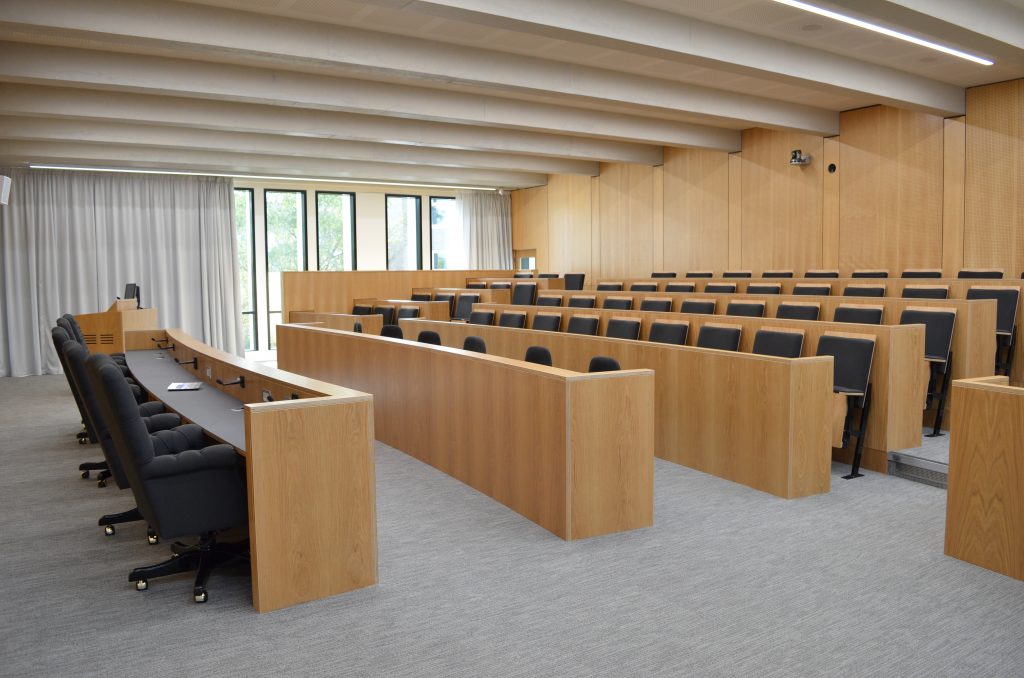 Kent will be the first university in England and Wales to hold a paperless moot after being given access to CaseLines, a computerised evidence and courtroom presentation system.

CaseLines helps eliminate paper in courtrooms and gives lawyers, court staff and judges access to legal evidence bundles (including multimedia evidence). It has been used by the UK’s Supreme Court since 2014 and was chosen by the UK Government to digitise all of the criminal courts in England and Wales in 2015. The CaseLines Crown Court Digital Case System is used in all the Crown Courts (and some Civil Courts) in England and Wales.

Kent Law School will use the digital bundling software at its first paperless moot on Wednesday 27 March. The moot is being held to mark the naming of the Law School’s Moot Court in honour of Dr Kennedy Wong, a major benefactor of the Kent Law Campaign. The Kent Law Campaign raised £5m for the construction of the Wigoder Law Building, the building in which the Moot Court is housed.

Four Kent Law School alumni will be returning for the special show moot to act as the advocates for the appellant and for the Crown in a case that involves a threat to the Prime Minister at a party conference. Joe Chambers, Samuel Davis, Cara Hall and Guevara Leacock will present their arguments before a Court of Appeal panel comprising: barrister Richard Honey (from Francis Taylor Building); the Rt Hon Lord Justice Mummery; Judge Andrew Patience QC; Law School Lecturer (and criminal barrister) Darren Weir; and Her Honour Judge Adele Williams. The evidence bundles will be available to view by everyone in the Moot Court, including members of the invited audience with access to a mobile device.

Darren Weir, who teaches the Law of Evidence module to undergraduate students at Kent, approached CaseLines with a proposal to use their software for all the Law School’s moots and mock trials. Darren takes a particular interest in course development of the undergraduate law programme as a result of changes being implemented by the Bar Standards Board and Solicitors Regulatory Authority. He said: ‘Our students will benefit hugely from learning how this electronic system works. If they decide to join the professions, they will be one step ahead of their peers and be a huge asset to firms or chambers as they will already be fully conversant with it from day one of practice.’

Representatives from CaseLines will be attending the moot in March to ensure the online system works as smoothly as possible. CaseLines manages evidence for over 10,000 cases each month with bundles of up to 200,000 pages. In 2016, CaseLines developed one-click video streaming, allowing body worn camera evidence to be stored and streamed to court. It has also implemented language localisation, allowing the CaseLines service to be offered in six languages (with more planned).