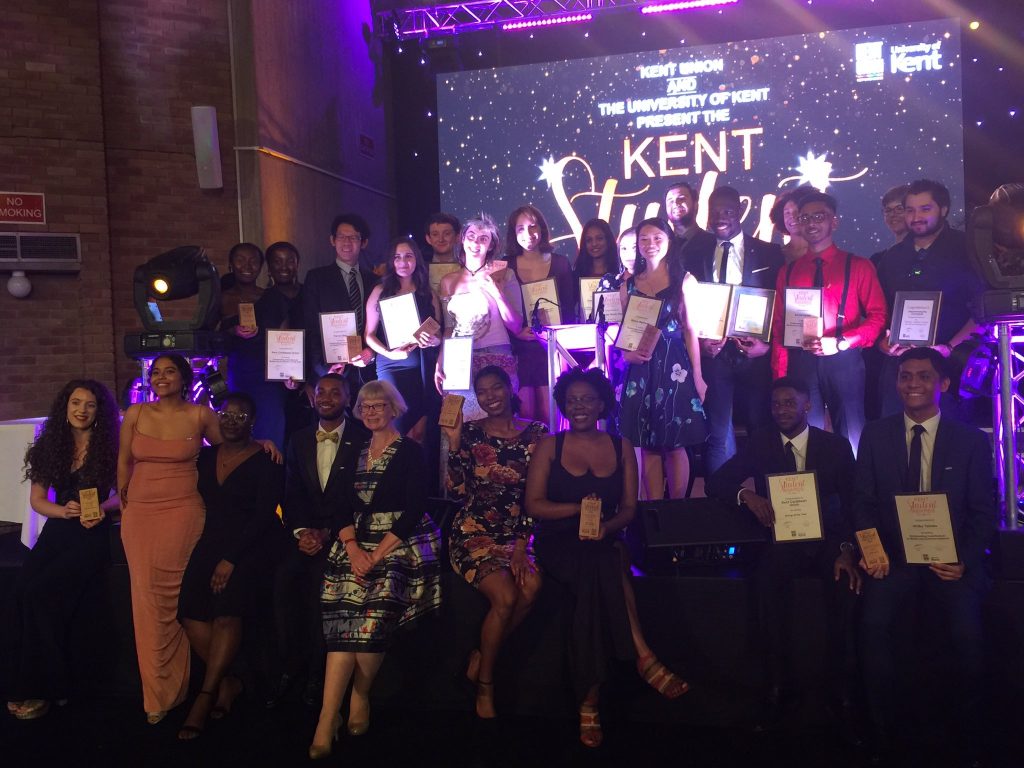 It was a bumper night of success for Kent Law School students at the 2019 Kent Student Awards on Friday, winning four trophies – including ‘Student of the Year’.

Second-year Law and Criminology student Daniel Rozenberg was named overall ‘Student of the Year’ at the Gala awards dinner on Friday. Daniel won for providing free legal assistance to vulnerable people in the community. Daniel volunteers with the Young Lives Foundation, an independent children’s charity based in Kent, to ensure that the legal process is followed when young people or vulnerable adults are in custody. He also works with the Domestic Abuse Volunteer Support Service to advocate for victims of domestic abuse in court. On top of that, Daniel is a caregiver for an elderly resident in Whitstable.

Daniel was also the winner of the trophy for making an ‘Outstanding contribution to the local community’. And final-year Law LLB student Alda Daci was one of three finalists within this category – she was recognised for raising awareness of refugees, leading many fundraising initiatives as President of the University of Kent branch of Student Action for Refugees, working with Migrant Help to offer advice, and planning English conversation clubs for language development.

Second-year Law and Accounting & Finance student Aarish Hyder was a joint winner with the Kent Caribbean Union for ‘Outstanding International/Multicultural Initiative of the Year’. Aarish won for his activism which contributed to a change in government policy, gaining an extension to the work-study visa, organising trips for international students and creating opportunities to learn about different languages and cultures.

The winners were presented with a certificate and a trophy. They also win a brick in the University’s ‘Footsteps Path’ and their achievement will be recognised on their Higher Education Achievement Report when they graduate.

The awards are organised annually by Kent Union and the University of Kent to recognise and celebrate the outstanding contribution students make to the Kent student experience. This year, more than 170 nominations were received.