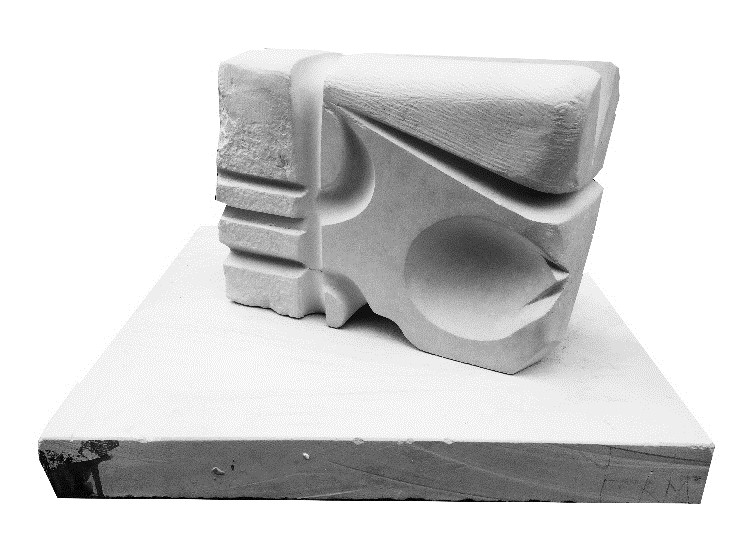 The relationship between men and stone dates back to the inception of time itself. Whether through a genesis involving a supreme being or as culmination of an unprecedented explosion, one of the first forms was stone. This unpredictable entity that exists in multiple configurations with volumes and voids, patterns and tones so different that it’s hard to find two that are exactly alike has been our livelihood. From the solid shelter of the cave, the first tools of hunters and gatherers, to primitive agricultural equipment, stone has carved a path for human life to flourish. This hard substance became a canvas for prehistoric artists, teachers and authors to pass information from generation to generation, a practice that would become a continuum. These were the pages for the early Sumerian cuneiform tablets, the scroll for the decree of the Rosetta stone and the material that made construction of the pyramids possible.

Adopted and mastered by the Greeks and Romans the Architecture of antiquity then became the exemplary arrangement of this stone and the temple form was created. At this moment purity of stone was lost in architecture.

Like the artists of the Renaissance and the Baroque playing with the boundaries of the orders, or the leaders of the arts and crafts movement rebelling against low quality mass produced products of the industrial revolution; the Pure Form project at Kent School of Architecture ran by sculptor Patrick Crouch follows this patriotism. True to traditional materials and tools, conceiving form from stone and wood, Patrick is bridging the gap between traditional sculpture and modern architecture.

Michelangelo proclaimed that “every block of stone has a statue inside it and it is the task of the sculptor to discover it” ; Mark Antoine Laugier in his polemical essay on architecture argued that architecture ought to divorce the harmonious proportions of antiquities and look towards the structural clarity embodied in mankind first structures.
Such intertwined ideals are the driving force behind the Pure Form project. Open to all ages or to “those who are alive” in the words of the Patrick crouch the programme aims to bring the craftsmanship lost in the materials of modernity. As contemporary skylines become glazed by the structural gymnastics made possible by steel and glass there is no more room for a chisel; so the project recreates an environment such as that experienced by our forefathers during the construction of our great monuments. The process evokes memories, breeds artisans and inspires a revolt towards today’s architecture that is nothing but a silhouette of form behind a curtain wall.

The sounds of traditional tools chipping away at blocks of stone sound like an ancient song in the night but when mixed with the robotic sounds of laser cutters and 3d printers, it creates a unique melody never heard before. Is this the future of architecture encoded in the notes of this new song?

If a digital camera was carved out of stone would it be a priceless work of art or an ephemeral tool for human enjoyment? In a post oil earth, mankind will have revert to nature- the nature such as that of wood and stone.