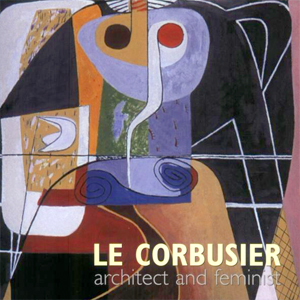 The next Open Lecture to be hosted by the Centre for Research in European Architecture (CREAte) will be presented by Flora Samuel, University of Sheffield on the 12 February 2013, 6pm in Marlowe Lecture Theatre 1.

The ‘promenade architecturale’ is a key term in the language of modern architecture. It appears for the first time in Le Corbusier’s description of the Villa Savoye at Poissy (1929-31) as built where it supercedes the term ‘circulation’. Taken at a basic level the promenade refers, of course, to the experience of walking through a building. Taken at a deeper level, like most things Corbusian, it refers to the complex web of ideas that underpins his work.

Flora Samuel, an architect and writer, is Head and Professor at the University of Sheffield School of Architecture. She has spent the last fifteen years rewriting the history of Le Corbusier to take into account his interests in nature and women. Her analysis is characterised by close attention to architectural detail, the subject of her book Le Corbusier in Detail. Her latest book, Sacred Concrete (with Inge Linder-Gaillard) will be published by Birkhauser later this year. She is very interested in communicating the value of architecture and in improving the way architects express their value, hence her interest in helping practitioners develop their research, for example through her AHRC funded Home Improvements Knowledge Exchange project.