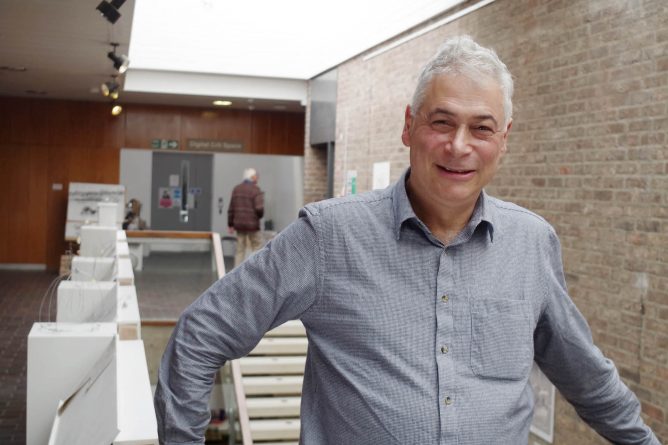 ‘Architecture is concealed unto itself: Helmuth Plessner and his influence on twentieth-century architecture’, written by Gerald Adler has just been published in the latest issue of the journal Architecture Philosophy. This is the journal of the International Society for the Philosophy of Architecture, and is a special issue devoted to papers presented at its major conference in 2016 at Bamberg University, Germany. The conference topic was ‘The Human in Architecture and Philosophy’ and Adler presented a paper on Plessner, one of the key philosophers of Weimar-era ‘Philosophical Anthropology’. He elucidates Plessner’s ‘place’-centred philosophy, and contrasts this with the time-centred thinking of his far more well-known peer Martin Heidegger. Adler presents the architectural implications of Plessner’s thinking, demonstrating this through the design of his own house (by Lucy Hillebrand), and by allusions to the pragmatic approach of the Viennese architect Josef Frank. The article will be of interest to those who wish to go beyond mere appearances to get to the philosophical underpinnings of design. It will also come as an antidote to those who recoil at ‘philosophy’ (and certainly the difficulties of Heidegger’s writing), and to those with an interest in the wider cultural and anthropological implications for architecture.

Guest-edited by the conference organisers, Martin Düchs and Christain Illies, the journal contains a number of interesting articles, including ones by keynote speakers Karsten Harries and the (recently topical) Roger Scruton.