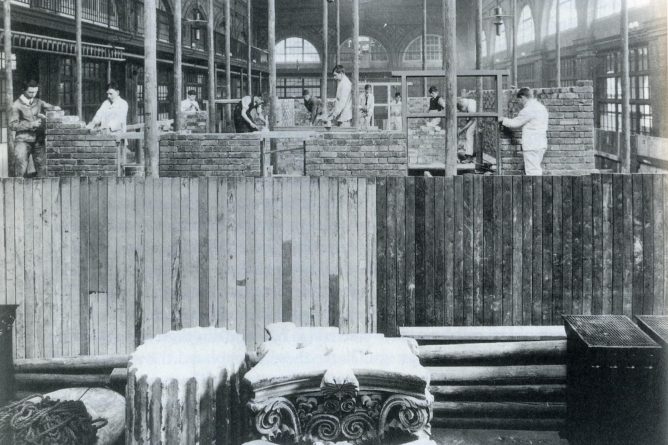 The next CREAte Open Lecture will be given by Alan Powers with his talk titled, ‘Pedagogy and Practice – a long view of architectural education’. The open lecture will take place on Tuesday 19 February 2019 at 6pm in Marlowe Lecture Theatre 1.

That you cannot learn architecture until you do it, and you cannot do it until you have learnt it remains a paradox of this discipline. Alan Powers will look at crises and episodes of change in the past 140 years of architectural education in Britain and elsewhere, and ask whether it is a uniquely problematic subject, or simply one in which vested interests have usually stood in the way of common sense.

Alan Powers chose as his PhD subject ‘Architectural Education in Britain 1880-1914’. He has continued to be interested in training both as an expression of changing architectural ideals through history and as a significant factor in transmitting them. Not having studied architecture himself, he has had opportunities to observe the mystifying process in action at the Prince of Wales’s Institute and the University of Greenwich, and currently at the London School of Architecture and University of Westminster.