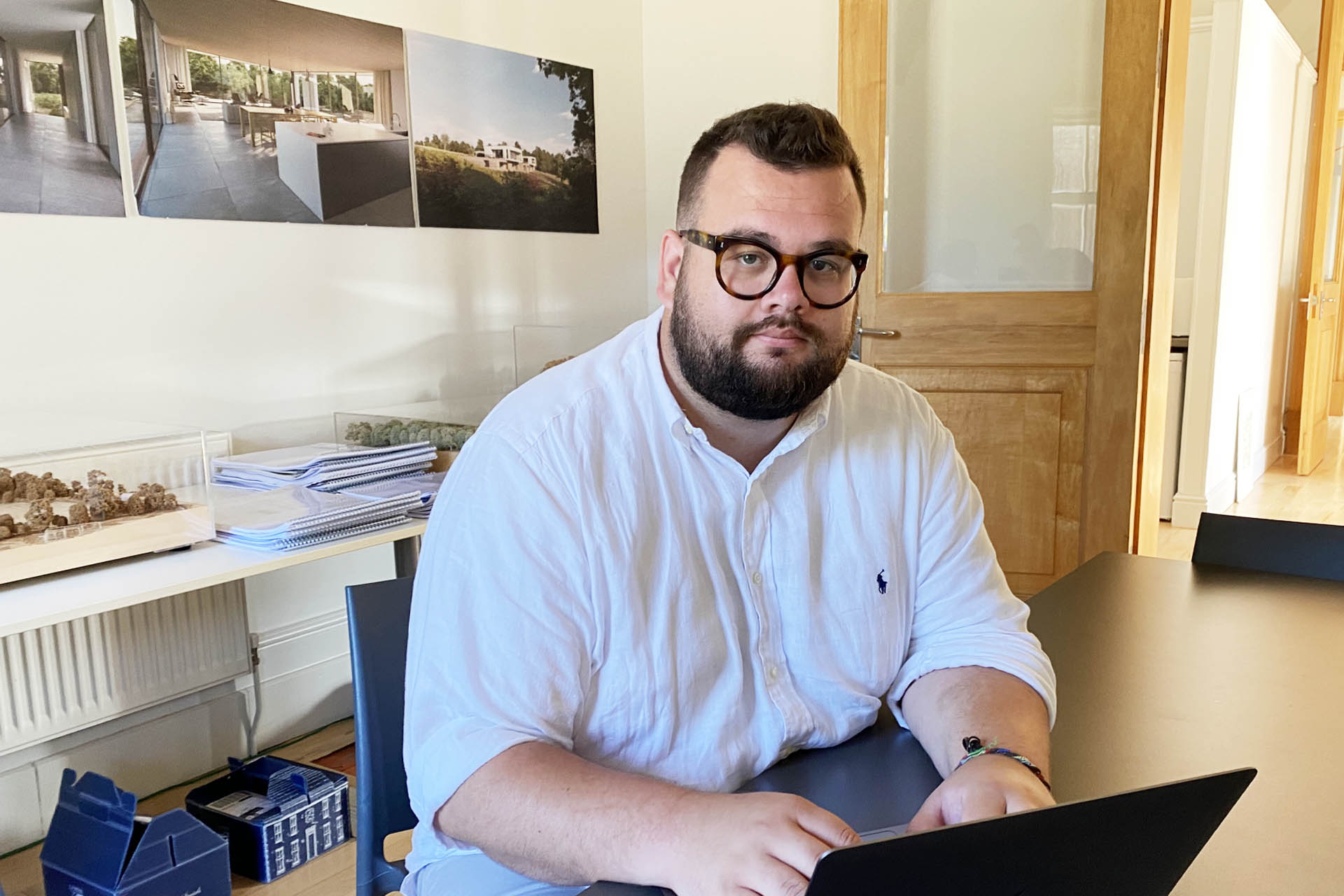 We recently caught up with BA (Hons) Architecture (RIBA/ARB Part 1) and MArch (RIBA/ARB Part 2) graduate, Chris Gray, to find out more about his time at Kent and what he’s been up to since graduating, including his current role at John Pardey Architects.

During your MArch, you had the opportunity to study abroad. Could you tell us a little bit about your experience?

I was fortunate enough as part of my MArch to have the opportunity to study a term abroad during my fifth year. This was based in Washington DC at the Washington Alexandria Architecture Center, part of Virginia Polytechnic Institute and State University. This gave me a great insight into architectural education and culture in another country.

I had the opportunity to study alongside fellow graduate students in an international setting working across many different modules. I was really glad to be able to bring work back from the US and incorporate this into my fifth year thesis project. Alongside the learning opportunities, I was lucky enough to visit buildings by Frank Lloyd Wright (Fallingwater and Guggenheim New York), Louis Kahn (Kimbell Art Gallery), I M Pei (Morton H. Meyerson Symphony Center) and many others. The semester gave me not only the opportunity to learn, but also to explore and see some of the most important 20th century architecture in the world.

Where has your career taken you since leaving Kent?

After graduating from Kent, I moved back to Dorset on the south coast of the UK to begin my search for the next step in my career. I was fortunate enough to graduate and begin my job search at a similar time to a book being curated, and a foreword written, by my current boss – John Pardey. This book was to be about the houses created by Peter Aldington, one of the founders of the practice I worked for during my Part 1 placement; Aldington Craig and Collinge. Over a series of interviews, I met with John and visited his practice which was based just outside Lymington in the New Forest. I was offered a job in November of 2015, and I have been here ever since!

Could you tell us a little bit about your current role at John Pardey Architects?

My current role at John Pardey Architects is working, alongside John, on the design and delivery of one-off houses around the UK. I am fortunate to be able to develop great direct relationships with my clients, being present from the first initial concept design right through to the completion of their dream homes. I have also taken on the responsibility of running the practice’s website and social media channels. Alongside my work, in my spare time I enjoy playing my tuba and enjoying the coast. I have also started utilising my laser-cutting skills learnt from Kevin Smith in the architecture workshop to produce some topographical / shipping chart artwork!

How did you time at Kent prepare you for working in the industry?

My time at Kent helped me to begin prioritising tasks and juggling my time depending on my commitments. What has proved invaluable to date, although maybe not the most positive of experiences at times, are the skills learnt from presenting your work and ideas in critiques to people you are meeting for the first time. Often we, as architects, have a short period of time to convince potential clients that our idea or concept is the best solution to their brief. Crits are ultimately how we win new work! ‘Studio culture’ is also something that feeds into practice life, including learning how to work in an environment with your contemporaries, other professionals, and also with people that are experts in their own field.

What advice would you give to prospective students who are thinking about studying architecture?

To any prospective students: architecture is a long game. You will spend years learning at university, as well as years learning in practice, but you will end up with a wealth of knowledge. Don’t be afraid to ask questions and to learn from people that have often been doing their jobs for longer than you have been alive! A degree in architecture, however, does not necessarily mean you will become an architect. What you will eventually become is a person that can problem-solve, think creatively, objectively and laterally, but most importantly become passionate about something you have worked so hard to achieve.