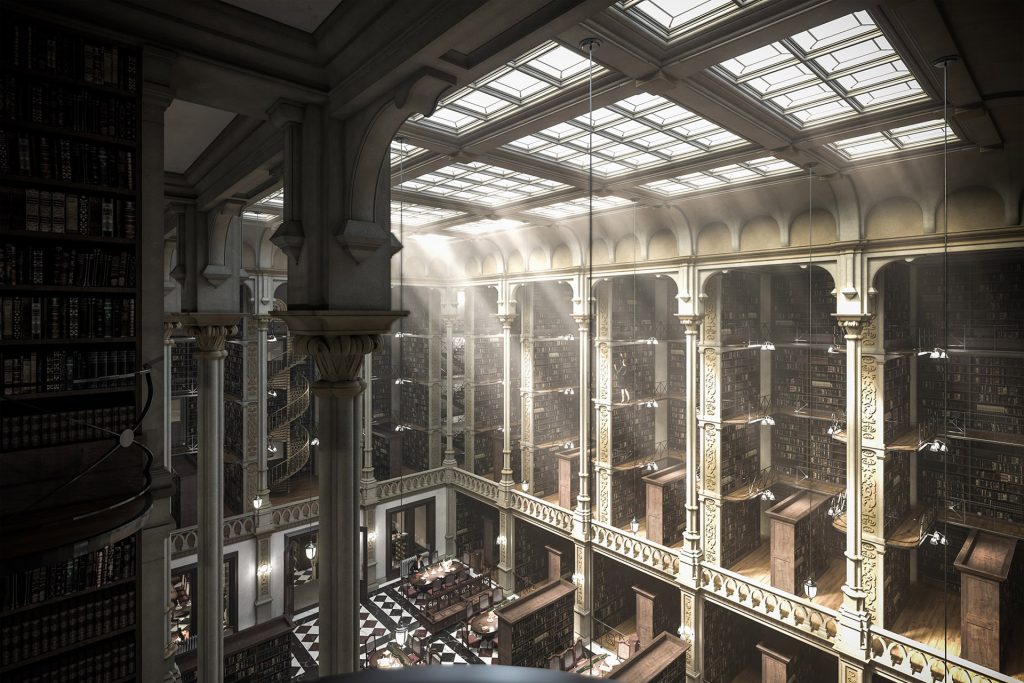 In regards to the three projects, Adam writes, “The “Old Main” library, built 1874 by Architect J.W. McLaughlin, was once one of Cincinnati’s most stunning buildings… and one of the country’s most beautiful public libraries. Now it’s a parking garage. The building, which was located in Downtown Cincinnati at 629 Vine St. – just a few blocks from the current Main Library – was demolished in 1955.

Outhouse (2015) by Architects Loyn + Co is a purpose-designed, highly sustainable site-specific live-work home for two artists, constructed as a replacement dwelling in a remote location within the Forest of Dean. The site lies in a sensitive rural location and comprises 4 acres on a south-facing gently sloping, wooded hillside. Winner of the BBC’s Peoples vote for the RIBA Stirling Prize Shortlisted for the RIBA House of the Year.

Taking inspiration from Christopher Nolans Interstellar, this project is an adaptation of the Cooper Station, a centrifugal spaceship, spinning on its axis, creating artificial gravity. The conceptual idea behind this project explores the notion of transporting current habitats of earth to a new celestial exoplanet, recognising the various extremes of earth, creating a broad and varied habital range, with the hopes that at least one ecosystem will adapt to its new home.”

You can view more of Adam’s work at our End of Year Show 2020, find out more about Adam’s Rookies entry here, and cast your vote by sharing on Facebook!