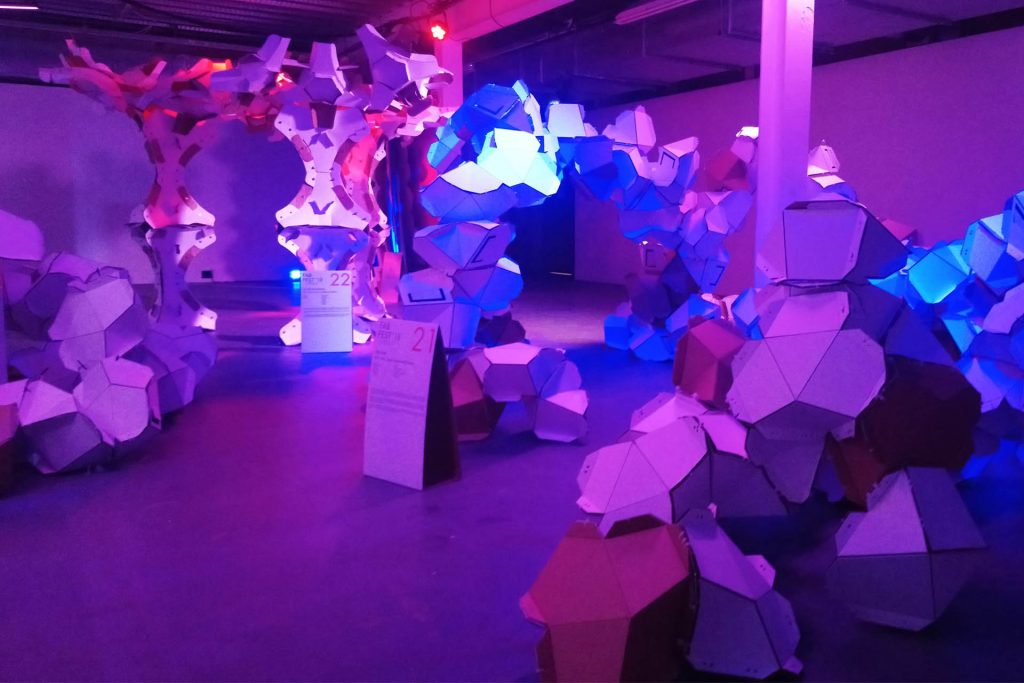 Lecturer and member of Digital Architecture Research Centre (DARC), Dr Peter Buš, has recently written an article titled, ‘On-site participation for proto-architectural assemblies encompassing technology and human improvisation: “Fish Trap” and “Orchid” architectural interventions‘ which has been published in the special issue of Complexity. Complexity is a journal specialising in reporting ‘advances in the scientific study of complex systems’. Dr Buš’ article features in their special issue titled, ‘Tales of Two Societies: On the complexity of the coevolution between physical space and the cyber space’.

Dr Peter Buš writes, “This research investigates the notion of builders’ on-site engagement to physically build architectural interventions based on their demands, spatial requirements, and collaborative improvisation enhanced with the principles of uniqueness and bespoke solutions which are previously explored in computational models.

The paper compares and discusses two physical installations as proto-architectural assemblies testing two different designs and building approaches: the top-down predefined designers’ scenario contrary to bottom-up unpredictable improvisation. It encompasses a building strategy based on the discrete precut components assembled by builders themselves in situ.

The paper evaluates both strategies in a qualitative observation and comparison defining advantages and limitations of the top-down design strategy in comparison with the decentralised bottom-up building system built by the builders themselves. As such, it outlines the position of a designer within the bottom-up building processes on-site. The paper argues that improvisation and builders’ direct engagement on-site lead to solutions that better reflect human needs and low-tech building principles incorporated can deliver unpredictable but convenient spatial scenarios.”