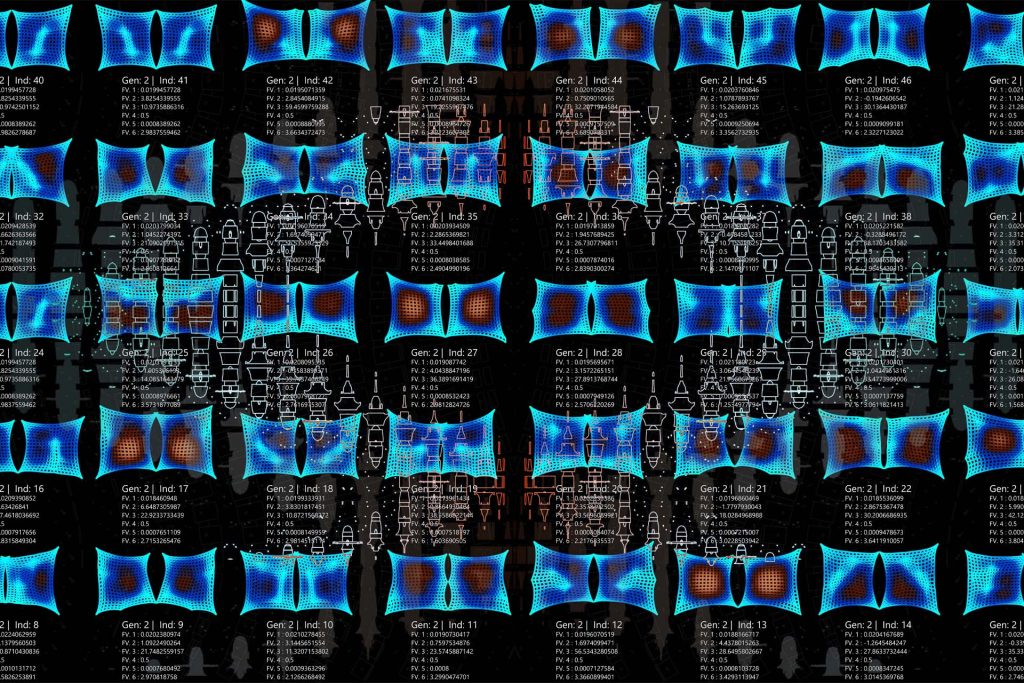 The next DARC (Digital Architecture Research Centre) will be given by Milad Showkatbakhsh with his talk titled, ‘Evolution as a Design Model’ on Tuesday 11 February at 6pm in Marlowe Lecture Theatre 1.

Evolutionary Algorithms have been used extensively in recent years to mimic the principles of evolutionary science to solve common real-world problems through search and optimization procedures of single or multiple objectives. Ranging from the fields of economics to politics and music to architecture, evolutionary algorithms have proven to be an efficient problem-solving technique to find multiple trade-off solutions for problems that possess multiple design objectives that conflict with one another. Precedence for the application of an evolutionary model as a problem-solving strategy dates back to the early 20th century. It has since developed into a model that has been applied in a multitude of different fields to provide solutions to problems that required objectivity, optimality and efficiency. Within the design field, applications of biological evolutionary principles have been seen through the work of many architects/planners/designers throughout the second half of the 20th century (Batty, 2013; Coates, 2010; Weinstock, 2010; Marshall, 2008; Frazer, 1995; Steadman, 1979).

Milad holds M.Arch. from Pratt Institute in New York, where he graduated with the Sidney Katz award for design excellence in 2015. He is currently a Doctoral candidate at the Architectural Association researching under the directorship of Dr. Michael Weinstock. Milad has worked for several architecture and design practices in Tehran, New York and Shanghai. Alongside practicing, he has been a fellow researcher in different computer-aided design research projects which were culminated as published papers in peer reviewed journals and conferences, posters and robotically fabricated installations. Milad has been actively teaching in academia in graduate and postgraduate courses and international architectural and computational workshops. Milad is currently teaching in the EmTech program at the AA and is also the co-director of the Istanbul branch of the AA Visiting School, where he is using his knowledge of evolutionary principles in the design and development of architectural projects that range in scale and function. Among many professional and academic activities, He is the Co-Founder and Co-Developer of ‘Wallacei,’ an evolutionary multi-objective optimisation engine with an embedded analytics engine that allows users to have full control over their optimisation problems in Grasshopper 3D. Milad’s current research focuses on the application of biological principles of evolution and morphogenesis into the design processes. For complex design problems, the priority should be given to how to formulate the question rather than finding an answer.