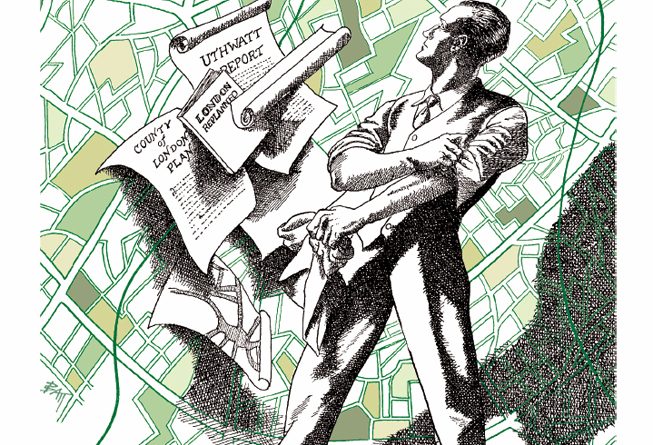 The 2015 CREAte symposium in honour of the tenth anniversary of the School was held at the headquarters of the Twentieth Century Society in London on July 25. The symposium was well attended, with an engaged audience posing questions related to symposium theme of dystopia and modernist planning. Among the talks given, Hartmut Frank spoke about Speer’s proposal for Berlin in the context of proposals that preceded and followed, Murray Fraser presented planning and social problems related to the US military presence in post-war Britain, Alan Powers discussed radical planning concepts being developed in Britain at the time, and David Haney considered Nazi era rural planning and the Holocaust.

In the 1930s the field of planning in Europe became established at the regional and even national scales, embracing the drive towards modernisation through the creation of new infrastructure such as highway systems and electrification projects. At the same time, countryside planning and related conservation efforts aimed to protect and integrate historic and natural landscapes. The advent of World War II provided a new impetus to planning at all levels, for it demanded the mobilisation of all forces, not only military. European planners continued to look beyond the end of the War, envisioning a new, more orderly world of the future. As the historian Niels Gutschow recently noted, one British planner referred to the destruction of Coventry as a ‘blessing in disguise’, for it provided a blank slate for new plans.