A Chinese company recently  set a very high benchmark in the concrete 3D printing construction industry. The firm was able to print 10 houses in 24 hours, well more like glorified garden sheds. This rapid shift towards 3D concrete construction is undoubtedly making many people nervous about the future of architecture, however, it is obvious that there are major benefits to this method over conventional ones. So is concrete 3D printing the future of architecture, or will it bring more harm than good to our urban environment?

There is one undeniable benefit to rapid 3D printed house construction, and that is efficiency, and therefore cost reduction. Clearly a firm which can construct as many houses in one week as another one can in one year is at a major advantage when it comes to efficiency and profitability. So we are likely to see more and more construction companies jumping on the 3D printing bandwagon in the near future. More homes at cheaper prices which will reduce homeless statistics and greatly benefit society, sounds great right? Well, yes and no, although financially many people are better off, our environment, both urban and natural sadly may not be. 3D concrete printing is likely to rapidly increase global cement production, right at a time when we need to be reducing its use and shifting towards more sustainable materials and construction processes. The adverse effect that I believe 3D house printing will have on our urban environment is the creation of monotonous housing typologies which lack a character other than their distinctive 3D printed genesis.

The technology used to manufacture the Chinese firms 10 houses (known as contour crafting, similar to most small 3D printers) is not extremely sophisticated, on the contrary, the robotics required is far less complex than those used to manufacture cars. So why has it taken this long for concrete 3D printing to be utilized? The main reason I believe is that the cost of the robotics and training needed to create these enormous 3D printers has reduced quite drastically over the recent years as demand for automated robots grows globally, as well as an increase in the number of firms pioneering innovative construction approaches.

One issue I have with this new bread of building typology is its unique layered appearance, reminding me more of some of Anish Kapoor’s artwork using piles of piped concrete on the floor, great for artwork, not so much for living in. The layered texture these printers produce could be interpreted as a unique, sort-after architectural aesthetic but I’m sure as more and more of these buildings rapidly pop up in clusters, the novelty will soon wear off. Though I shouldn’t be too pessimistic as these textures can easily be covered up much in the same way breeze-block walls are in current construction. The one thing which is lost through the use of these printers is the ability to transfer texture from the form-work used to cast in-situ concrete, which is the reason why many architects favour exposed concrete walls over other wall surfaces.

There are however a few people determined to use this technique for more than just cube shaped buildings, Norman Foster of course leading the way. His efforts with 3D concrete printing are much more promising in terms of experimenting with more complex architectural forms, although don’t yet show signs of viable large scale building applications.

Another issue to consider is the same one which struck the construction industry when automation kicked in. It’s all very well concentrating on maximizing efficiency and minimizing costs to build cheap housing for the population, but if you are laying off workers in the process, is there any point? Construction is the largest industry in the UK, and the USA’s construction industry employs almost 6 million people. So does this advance in automated production put these jobs at risk in the future? The houses these printers produce will have to be very cheap in order for the people who are jobless as a result of them to be able to afford one. But that Problem is a long way off yet!

The houses which these early 3D concrete printers produce are very basic, many of them essentially consisting of a single room garden shed form. In order for this technology to enter the mainstream, there will need to be advancements in the variety of buildings which can be produced, which is exactly where Norman Foster is rightly focusing his attention.

It’s quite obvious that the arrival of industrial scale 3D printing in the UK’s construction industry is fast approaching and the benefits it brings seem to outweigh the disadvantages, certainly from a financial perspective. Therefore the firms who pioneer this technology and start setting industry benchmarks will be in the best position in years to come, furthermore if anyone can find a green alternative to concrete 3D printing, they will stand to gain even more. 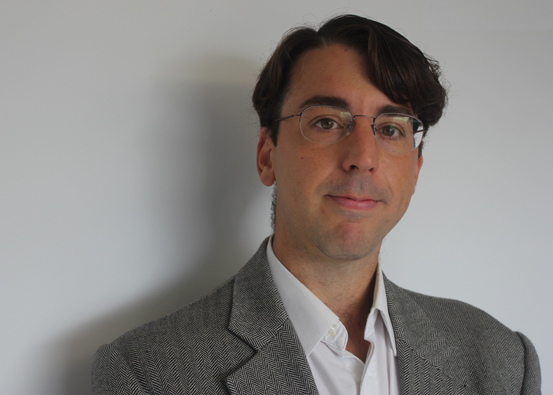 Dr. Nikolaos Karydis is giving a lecture on Thursday 5th March at 11am-1pm in the Cornwallis Octagon, Lecture Theatre 3. Refreshments will be provided and everyone is welcome to attend.

The artistic relations between Byzantium and Islam from the 10th to the 13th century transcended the cultural and religious boundaries between the two cultures. Our awareness of these relations is essential to understand the development of monumental architecture in Southern Europe during this period. A comparative analysis of a wide range of monuments reflects a stream of architectural influences between Byzantium and Islam that flowed in both directions. Indeed, combinations of Islamic and Byzantine themes occur in cultures as different and distant as the ones of Moorish Andalusia and Byzantine Greece. But, such architectural fusions are not only encountered in Islamic and Byzantine territories. They also occur in the architecture of the Venetian Republic and the Norman Kingdom of Sicily. The rise of these two powers is marked by the development of hybrid, and highly inventive architectural languages that incorporate the best elements of Byzantine and Islamic architecture, confirming the aesthetic compatibility between them.

This lecture revisits some of the key monuments of Andalusia, Italy and Greece in order to identify those architectural motifs and construction techniques that the one culture borrowed from the other. Particular emphasis is put on the design and constructional methods used to combine Islamic and Byzantine architectural elements in different contexts and on the modifications which the two cultures introduced into the elements they borrowed. The architectural forms studied in the lecture show that the exchange of ideas between Byzantium and Islam was extremely fertile, producing unique architectural forms. Cross-cultural interaction seems to have renewed previous architectural traditions, infusing new life and symbolic content in them.