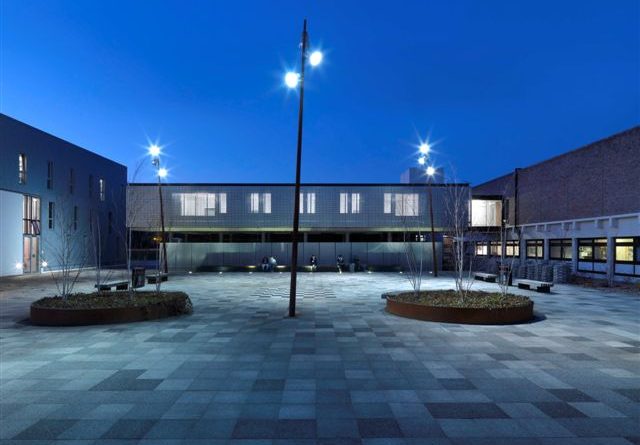 There are currently a number of scholarships available for international students who are coming to Kent to study at taught Master’s level. The scholarships are available from International Development and will provide exceptional applicants with £5,000 towards the cost of their tuition fees.

The deadline for applications is the 31st May 2013. To apply please click here.

For full details of all scholarships please visit; www.kent.ac.uk/scholarships/. 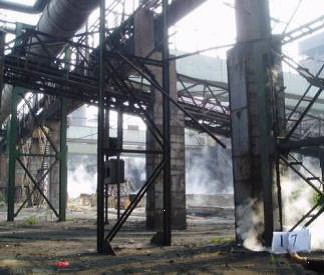 Prof. Gordana Fontana-Giusti, along with three PhD students, Carolina Vasilikou, Tordis Berstrand and Gian Luca Amadei, are taking part in a two week exchange project in Beijing, China. The purpose of the 2013 British-Chinese Architecture Students’ Workshop is to turn the industrial remainders of the Capital Steel Factory, which has now been moved out of the city, into public facilities which will help redevelop the site and therefore trigger the growth of the area around the site.
The Capital Steel Factory, founded in 1919, was once the largest steel producer of China and the output reached its record high at 7.93 million tons in 2005. Due to the plan for the 2008 Beijing Olympic Games and the requirement for improving the environment of the city, the CSF was gradually moved to other locations including Caofeidian in Bohai Bay, Hebei Province –  a new town by the sea around 200 km away,  . The CSF site is situated at the western end of Chang’an Avenue, a main road of the city and although it is around 19 km away from the city centre it is relatively accessible. Downtown is over-crowded and there is traffic congestion throughout the city; the CSF site, however, is another story. It has gradually turned into a lost industrial landscape with vast expanses of unused land and empty constructions which are rarely visited.
The students have been encouraged to meet the challenges by, firstly, taking social, cultural and economic matters into account, analysing the features of the site and finding out the problems and the challenges of the project. Secondly, by understanding the relationship between the planning positioning for CFS and the development of Beijing, proposing a functional planning and the developing direction for the site. Finally, finding solutions based on a comprehensive analysis and applying them to architectural and urban design.

We are looking forward to catching up with Gordana and the PhD students on their return to hear all about the trip. 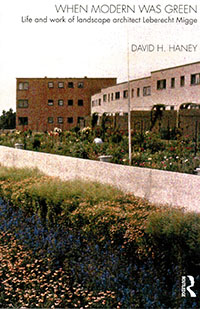 David Haney has been presented with the Elisabeth Blair MacDougall Book Award by the Society of Architectural Historians.

The Elisabeth Blair MacDougall Book Award was established by the SAH Board in 2005 to recognise annually the most distinguished work of scholarship in the history of landscape architecture or garden design. Named for SAH Past President and landscape historian Elisabeth MacDougall, the award honours the late historian’s role in developing this field of study.

David Haney’s book was the result of five years of PhD research undertaken while living in Berlin. The research involved archival work in nine countries, and is the first full-length biographical study of Leberecht Migge, the most important landscape architect for German modernism. Using Migge as a starting point, Haney addresses conceptual and theoretical aspects of German ecological design, challenging conventional assumptions about modernism and ecological design history.

For more information on When Modern Was Green: Life and work of landscape architect Leberecht Migge, please visit Routledge.