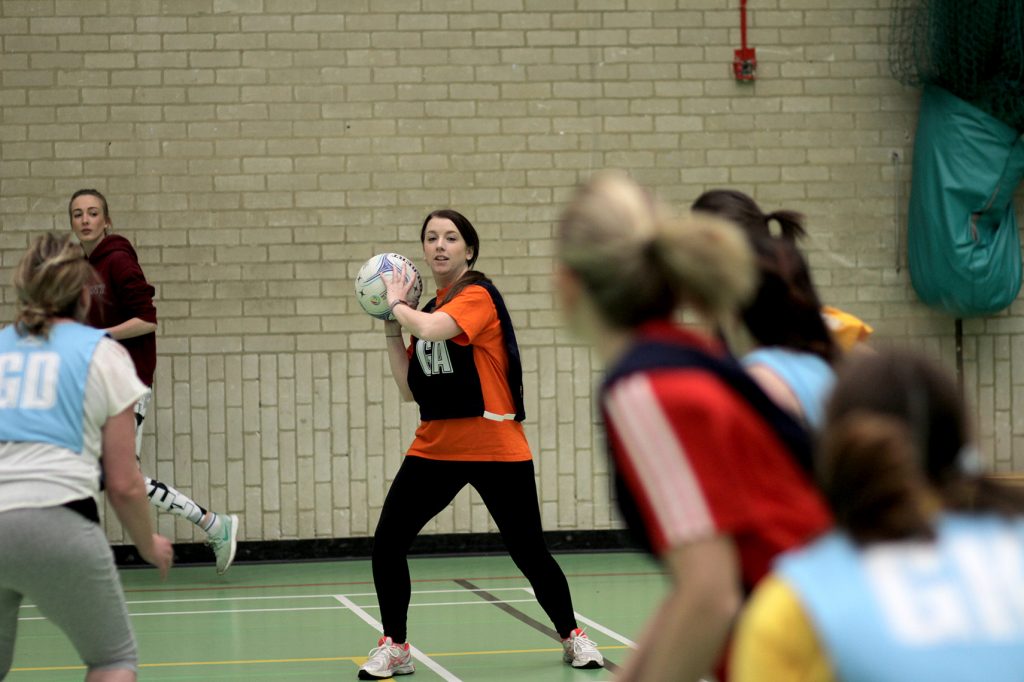 March has been a busy month for the participants of the Vice-Chancellor’s Cup with three competition days in both netball and basketball. These are the only single sex events Kent Sport hosts to mix things up a bit and allow for different types of competition.

Netball was first, and a big well done to all the ladies who took part. Ken’t Play Sport (Kent Sport) were fighting to reclaim their netballing crown, however it remains out of reach as Record Profit (Finance/Student Records Office) reigned victorious winning on goals scored. If anyone is after some additional netball sessions, Monday’s, Sports Centre, 1pm to 2pm is where to be!

Men’s basketball commenced the following week, seeing some strong competition among the teams. Ken’t Play Sport again hoping to continue their run at the top spot for the basketball round. New teams, Flabacus (School of Maths, Statistics and Actuarial Science) and Let’s get Physical (School of Physical Sciences) showed their prowess finishing the competition in joint first place both only losing 1 in 10 fixtures. Luckily for Flabacus their numbers added up and advanced on to triumph on points scored.

A well-earned break now until an action packed April with badminton, table tennis and tennis!

Visit the Vice-Chancellor’s Cup webpage to take a look at the leader board for overall positions and check out the netball and basketball photo albums on Kent Sport’s Facebook page.