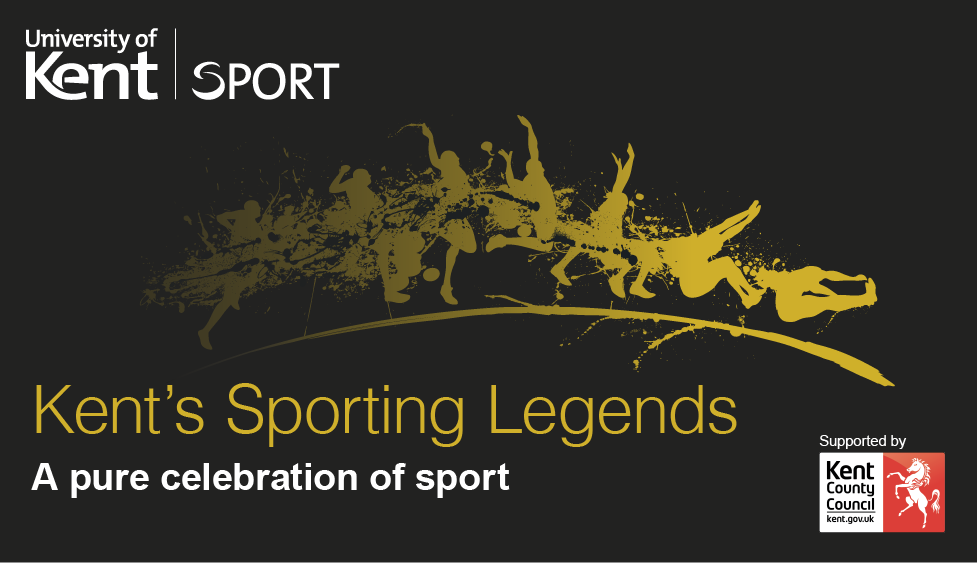 2 December 2016 – Over 300 people connected with elite sport from across the county celebrated past, present and future sporting successes at Kent’s Sporting Legends event.

Building on the success of the 2012 and 2014 Kent’s Sporting Legends, the University hosted the event at the Canterbury campus in partnership with Kent County Council to highlight exceptional sporting achievements.

The legends include University sports scholarship recipients who have gone on to international honours, Kent sports persons who have represented our country or been part of Team GB, and individuals who have contributed to Kent’s sporting achievements.

Dame Julia Goodfellow, Vice-Chancellor of the University of Kent, commented “This is an opportunity to bring together and celebrate sportsmen and women from across the county who have competed at the highest level. It is particularly appropriate that we should do so in this Olympic and Paralympic year. I am a firm believer in the power of sport. It plays a vital role in health and social integration within society and creates links and friendships between the University and the Kent and Medway region, and beyond.”

We also have numerous existing students and staff excelling in sport, such as Kent student Oliver Mangion, Wheelchair Rugby sports scholar with his sites on the 2020 Paralympic Games; Kent student Jasmine Pomeroy excelling in karate on a national and European level; and Mel Clewlow, Assistant Director of Sport at Kent and double-Olympian with over 250 international hockey caps who commentated on the hockey for the BBC in Rio this year, including at the women’s final.

Graham Holmes, Director of Sport at the University, said: “This event is about bringing together elite sportsmen and women from across the county to celebrate sport at its highest level and inspire up and coming athletes for the future. This event gives an indication of the wealth of talent that flourishes at the University and across the county.”

Kent’s Sporting Legends coincides with the release of a publication highlighting Kent’s array of sporting legends from the past, present and future. The publication is available on the Kent Sport website along with photos and additional information about the event: www.kent.ac.uk/sports/kentsportinglegends.