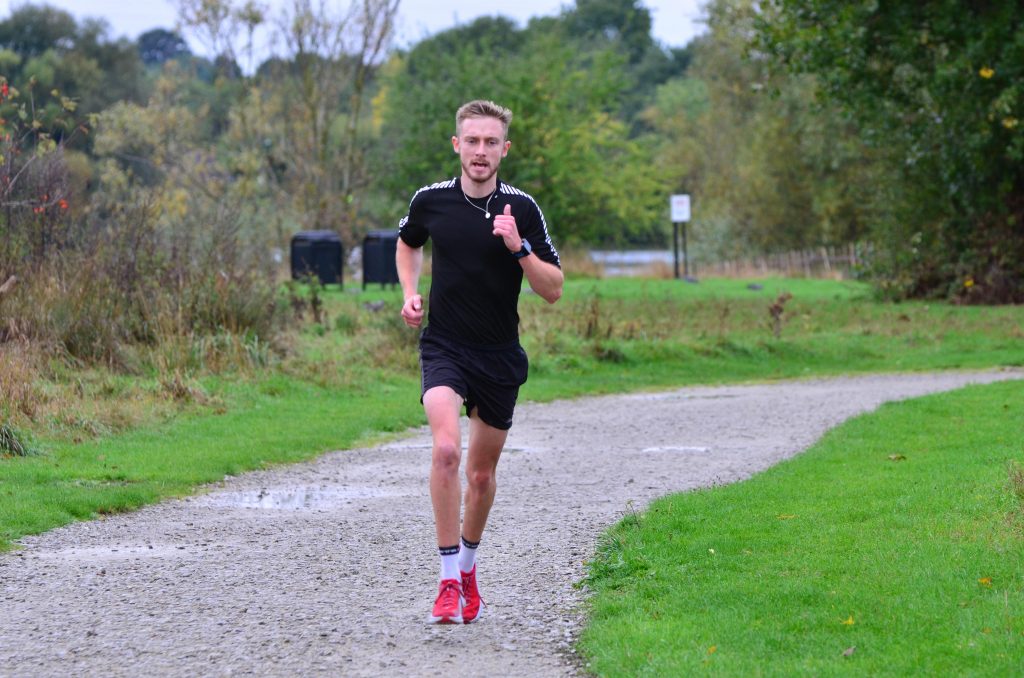 Josh’s passion for exercise extends beyond the workplace and in his spare time, he is a keen athlete, competing in running and triathlon events, anywhere from 5km to Ironman distance triathlons. Some of his most notable achievements have been competing in the renowned world’s toughest triathlon, The Brutal, in North Wales, as well as representing Great Britain at age group level in triathlon.

After taking part in Ironman Italy last September, Josh chose to take a step back from triathlon to focus on his running. However, itching for a challenge he decided to take on the mammoth task of running 52 marathons in 52 weeks!

Josh is doing this challenge in order to raise money for the Alzheimer’s society. Alzheimer’s is a condition that affects 1 in 14 people over the age of 65 and is extremely distressing to sufferers and carers alike. Having a close family member diagnosed with the disease, Josh felt particularly compelled to raise money and has set a target of £5000 for the end of the year.

So far Josh has completed 9 marathons, so has a remaining 43 to go, which will include some well-known events such as the Manchester Marathon and London Marathon in April. As if doing a marathon every week wasn’t enough Josh has decided that he wants to complete his first multi-day ultra-marathon event, this will be the 100km race to the Castle in Northumberland. Since this event will encompass running a distance of over two marathons in one weekend, it will enable him to take a break the following weekend, to give his legs a well-deserved rest.

Completing these events means that Josh is trying to stay as strong as possible to avoid any injuries that will prevent him from running. He states that his training during the week contains a lot of strength work which he does in the Kent Sport gym, as well as taking part in a few of the fitness classes. One of his favourites being Wednesday evening Pilates!

Kent Sport offers not only excellent gym facilities and classes to suit your fitness needs, but also our physiotherapy clinic provides support to ensure you are performing at your best. The clinic is suited to everyone, where you will be able to work with our highly qualified staff to enhance your fitness and wellbeing through services such as physiotherapy, sports rehabilitation, sports massage, and reflexology.