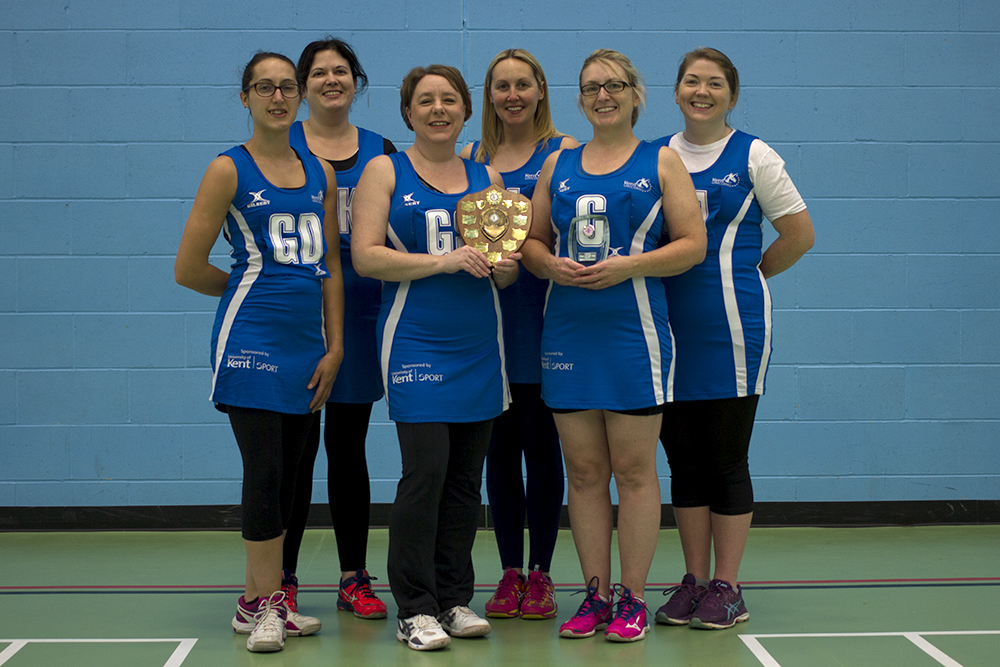 Having formed just over two years ago, the team of University staff players came from a background of little or no netball experience. With the intent to try something new and get active during their lunch breaks at the University of Kent, each player has thoroughly enjoyed the sessions and have seen improvements in their skills and overall fitness.

During the last year the team has seen several changes. With players leaving for personal reasons, including a move to Thailand, a new recruit was needed and luckily Kim Kerr was willing to fill the position. Kim was carefully selected from the Monday lunchtime staff netball sessions (open to all University of Kent staff) and, although new to netball, Kim showed great natural ability and is a real asset to the team. She played her first ever netball match in September 2018. As the team is always evolving, two established Unicorn players were encouraged to try new positions. Alison Webster and Leanne Johnson were thrown in at the deep end with the challenge of taking on centre, which they both did using their natural sporting prowess and enthusiasm.

Kent Sport staff member and Unicorns coach Sadie Appleby has taken the team from strength to strength: “I am absolutely thrilled to coach a team of such fantastic ladies. Each one has made huge leaps with their skills and I really look forward to where the team can go in the future!”

All the Unicorns have shown commitment and determination in training sessions, have improved their knowledge and skills and shown outstanding sportsmanship in every match. This hasn’t gone unnoticed and is regularly commented on by umpires, other teams and the league committee. With their shining reputation it was no surprise that Kent Unicorns were awarded ‘Team of the Year’ at the Thanet and District Netball League presentation evening – a great accolade and a fitting tribute to their determination.

Congratulations to the Kent Unicorns and we look forward to seeing what the new year brings!