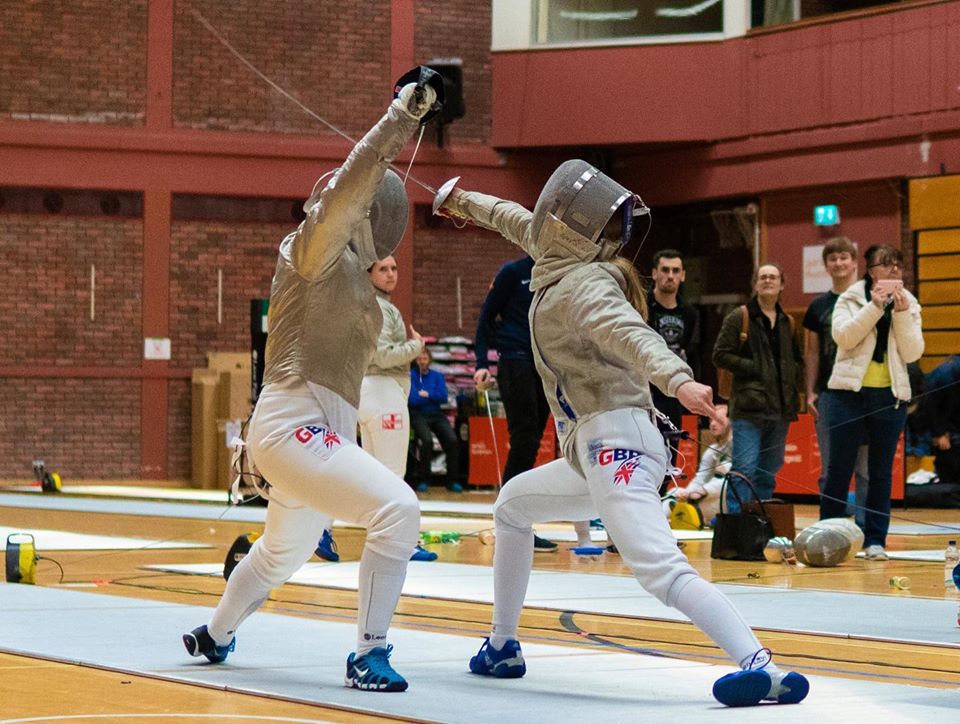 Kent Sport scholar Helen Grimsley (Fencing) competes at The Welsh Open. The Welsh Open is one of the bigger domestic National Sabre opens in the season.

The format of the day consists of poules and direct eliminations. The fencers are grouped into several poules where you fence everyone in your poule, first to five hits wins. Each poule across the competition is considered (including victories and a hit given/hit taken indicator) and rankings given after poules have finished. From this, direct elimination matches take place and the first to 15 hits wins in each fight.

Helen won all of her poule fights and was ranked fourth after poules. Helen then went on to win her first three direct eliminations and progressed into the top eight. She then narrowly lost the next direct elimination 15-14 and was only one point from entering the top 4 and a medal. Helen Ranked 7th overall compared to last year’s 17th. An excellent performance.

Find out more about the Kent Sport scholarship programme and for more information about Helen see her profile.

Photo Comment: Helen on the left of this image taking a prime head parry before a repost. Photo Credit/Acknowledgement: Moses Konsue