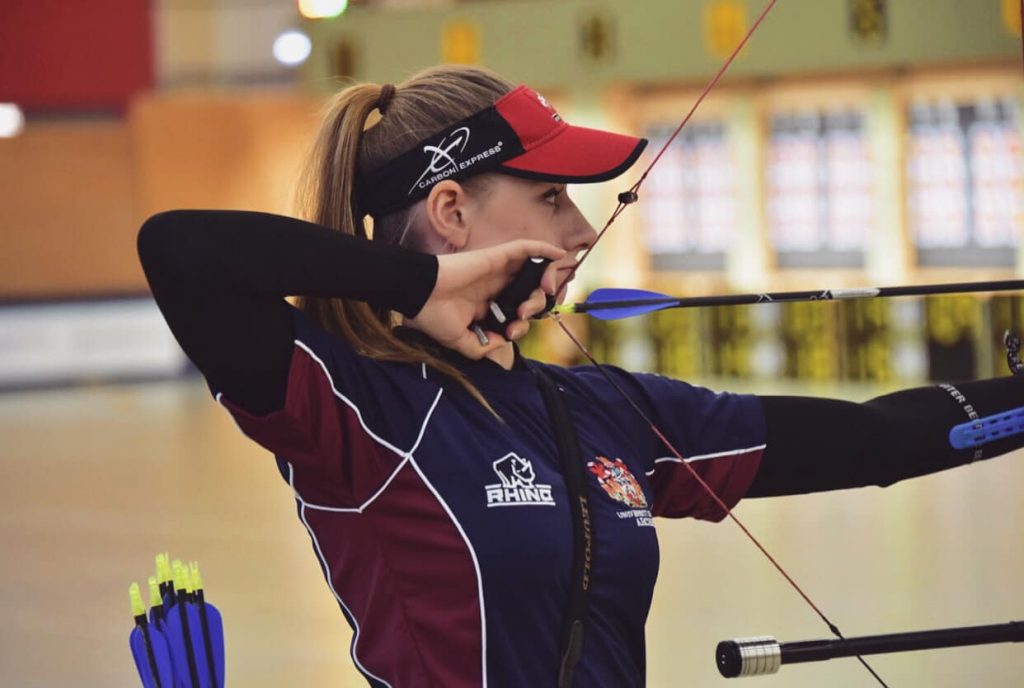 University of Kent Sports scholar Bayley Sargeant recently competed in Luxembourg for the second stage of the Archery Indoor World Series (world cup). The previous week Bayley was competing in Holland at an international tournament called “kings of archery”. There were 130 compound women and she was able to qualify for the finals. There were nine women in the finals which consisted of a final knock-out stage. Three of the women were eliminated in the first round and Bayley finished the competition in ninth place overall.

Unfortunately, Bayley fell ill while travelling home from the “Kings of Archery” and wasn’t able to shoot or train at all leading up to Luxembourg and the World Cup. Her performance suffered due to illness, but was still able to qualify in the top 32 women and make the cut for the head to head eliminations. Finishing 17th overall Bayley lost a close shoot out match 145 – 147. Despite being sick and affecting her training and competition routine, Bayley shows that athlete resilience can be a key factor in performing at the highest level and she is now determined to train harder with three more world stages coming up this year in Rome, Nimes and Las Vegas!

Find out more about the Kent Sport scholarship programme and for more information about Bayley, see her profile.