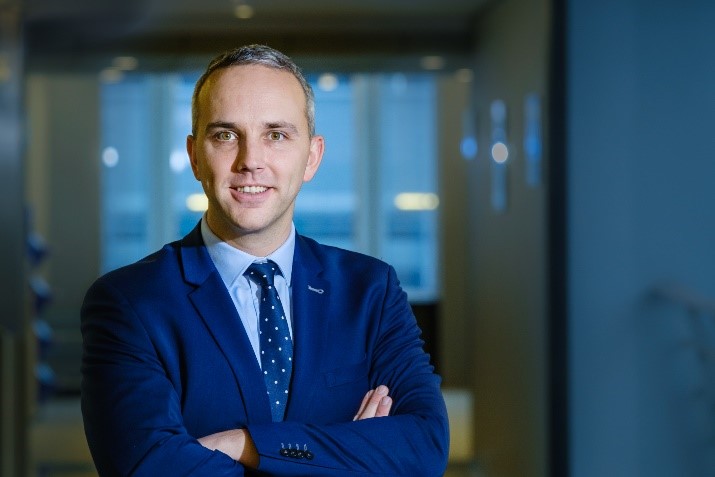 Tom Vandenkendelaere is a former University of Kent Sports Scholar and graduate of The School of Politics and International Relations. Having been a part of the Sports Scholarship Scheme, we caught up with him to find out how he is getting on outside of the University.

What did you study at Kent and when did you graduate?

From 2006 to 2007, I did a Masters Programme in International Relations, after which I started my PhD on The Evolution of Polish-German Relations in the context of EU enlargement: the limits to Europeanisation. Because of this, I had the opportunity to stay at the University until 2014, though with travels abroad. From 2007 to 2011, I was a teaching assistant for courses such as British Politics Today, Comparative Politics and Introduction to the Politics of the European Union, the last not being a surprise if you see where I am today.

Where is home for you, where did you grow up and what drew you to coming to the UK and studying at Kent?

Home is Roeselare. It is by far my favourite town in the world. It is where I live with my wife and two sons and I would not be able to miss it. Granted the commute from Roeselare to Brussels and sometimes Strasbourg takes its toll, but at the end it is very much worth it. I was attracted by Kent, because of its strong MA programme in the course I enrolled to, its great campus up the hill (though once there, that hill was not always a pleasure, I admit) and its punchline of being the UK’s European University.

After graduation you returned to Europe and are now engaged in European Politics, can you talk us through how you got started and progressed in this field to your current role?

I would say the start of my political career was my election in 2012 as the chair of the youth wing of the Flemish Christian-Democratic Party (CD&V). As chair, I realised how important Europe was for a small country like Belgium and I was able to build an extensive network at the European level, in part also through my PhD at Kent. I ended my mandate as youth wing chairman prematurely because of my appointment at the European Parliament in 2014 as a successor to the then newly appointed European Commissioner for Employment and Social Affairs Marianne Thyssen. This amazing opportunity brought me to the European Parliament and I am extremely fortunate to serve for a second term. Given your current role, what are your career ambitions going forward from this platform?

Politics is a business in which you are never sure of your future. You fully depend on elections and the voters have become, rightfully or not, very volatile. I cannot predict where I will be in 2025, but until then, I will do my utmost to serve my constituents at the European level/

What are your fondest memories of studying at Kent and aside of getting your degree what skills did you learn whilst at University that have helped you in later life?

I do not have many friendships left, but those that I have left, are very dear to me: Jarek at the Sports Centre who taught me Polish, Richard who was my team mate in our volleyball squad and Tobias who was my housemate whilst at Kent. They can call me literally anytime. I enjoyed the funniest and best possible student experiences with them, whether it was at the Venue, in the Sports Centre or in a pub downtown. Above: Jarek Dzikowicz can still be found at Kent Sport as the current Indoor Facilities Manager.

You were a Kent Sport Volleyball Scholar during your time at University, how did the Scheme support you to continue playing and competing whilst studying?

Let us not beat around the bush: the Scholarship funding helped me in living more comfortably and feeling supported. The biggest impact, however, was on the mental side of things: the scholarship allowed me to be guided by people who believed in me, who pushed me to the next level, who made sure I was ready for the performances I was expected to deliver as a scholar. Really, my mental strength and stamina at that time were undoubtedly at the strongest. Volleyball is really popular across Europe especially at Schools and Universities, what were your first impressions of Volleyball and its UK Status?

Volleyball in the UK is not such a popular sport, let’s face it. This being said, both in the volleyball and beach volleyball circuit, you quickly see who is very good and who is not. Regardless of the club competition, I still believe the UK is one of the best countries to be in as a professional sports(wo)man because of its developed guidance, nutrition, training methods, etc.

Can you comment on the Volleyball Club at Kent, how you first got involved and how did your role develop during your time at University?

I came in as a trial candidate, then got to play, applied to become a board member and eventually was club secretary of our University team. As a secretary, I organised a weekend abroad in Belgium where we trained and competed against a Belgian team. It was a great teambuilding experience.

How did you get into Volleyball as a youth and can you remember your first game on a full sized court?

Everyone remembers their first game! I got into volleyball after years of football (without much success). The professional volleyball team in our city is among the best in Belgium and I decided to go to a training of my age group. It turned out to be a very positive experience, despite the fact that I have been discontent or even angry at myself at occasions with my poor performance – it is all part of doing sports, I presume!

Did you play other Sports growing up, what drew you to Volleyball and becoming a better player?

Like many young kids in Belgium, I started off playing football at the nearest club. It was not a success, despite enjoying being outside. Volleyball is much more of a game where you are expected to think, to make decisions, to be strategic. At the same time, I always enjoyed cycling. Although more endurance-based, I loved being outside and suffering the weather conditions which are highly interchangeable both in Belgium and in the United Kingdom.

Volleyball is a regular feature in the Olympics, is this the ultimate goal of all professional Volleyball players and what or where are the professional competitions and tournaments in between Olympic Years?

Undoubtedly it is. I remember fondly the sentiment of being part of the ‘English Universities’ squad: it is an immense feeling of pride you are filled with, let alone the feeling you must have when entering an Olympic competition.

What can Volleyball do to increase its status in the UK or at least at UK Schools and Universities in the future?

Volleyball is a sport that is very good for the general development of a human body: both arms and legs are involved, core strength is a must and it is very explosive. This is definitely one of the assets. Besides that, more (beach) volley stars that appear on television or in the newspapers definitely contribute to the popularity.

Are you still an active Volleyball Player and how do you make time for this or other physical activity or sport and find a good work-life balance?

I am no longer playing volleyball. My work schedule is extremely demanding, with days starting at 6am and ending at 11pm. I compensate with longer holiday periods, but I admit, I could use some more sports on a regular basis in my weekly schedule. It is a constant challenge.

Graduating students face many challenges and those with a sporting passion often find it challenging to continue alongside the distractions of work and life but can you comment on how you’ve continue to focus on sport whilst also achieving your career ambitions?

Yes, that was always very clear in my mind. Whichever professional direction you develop in, the principle is always the same as in the Kent sports hall: you cannot perform well if you are not in optimal shape. Partying, eating unhealthily, hanging out with friends are not excluded, but overall, the focus must be on the performance you are expected to deliver. If the balance is not right, you will not be able to deliver. As simple as that.

As a politician, does sport feature in your day-to-day work and do you feel Sport and Physical Activity is high enough on government agenda?

As explained, doing sport is not always easy because of the packed schedule that I have. The principles are, however, very valid indeed: believe in your own capacities, have faith in what you are capable of, never forget the work you have put into it to get where you are.

Sport and Physical Activity could surely always be higher on the political agenda, yet, what I have observed over the past years, including as a board member of our professional volleyball club, is that the ambition to reach targets that sportsmen have, is definitely also guiding those that are managing clubs. I therefore have belief in the initiative that clubs and individual sportsmen alike are taking and am convinced that politicians should help them realise these ambitions. Everybody has faced a unique past year of challenges and frustrations especially with respect to sport, how have you maintained a focus and kept active during the various Lockdowns and restrictions enforced during the pandemic.

Keeping focus with two young kids around is most challenging. That being said, I came to realise throughout this period how happiness, peacefulness and calm can help you perform better. I have enormously learnt from this period.

In the face of the current pandemic do you see Sport and or Physical Activity as a key factor in supporting people’s physical and mental wellbeing?

It is absolutely a key factor. Anima Sana in Corpore Sano is not for nothing the slogan behind the famous ASICS brand.

We hope that University life will soon return to some normality, what one piece of advice would you give to yourself if you could go back in time or give others when they arrive in Welcome Week to start their degree?

The university years are the only – literally only – years where you are fully responsible for what you are doing: no parents to depend on, no partner or family that relies on you. This means you should enjoy this period as much as possible, but also learn throughout this period exactly how you are able to achieve the goals that you set yourself.

Finally, you are being inducted into the Kent Sport Scholars ‘Hall of Fame’ as part of our new website feature and have championed your experience as Scholar whilst at Kent, can you comment on your enthusiasm to continue to support the scheme and be an ambassador for future Sports Scholar applicants and students coming to Kent?

Being part of any Hall of Fame is – and should be – an honour to anyone, and it certainly is to me. My sports helped me to achieve professional goals that I would otherwise probably never have been able to achieve. I laid the foundations for that in the sports hall and gym of the University of Kent, and am absolutely honoured to say that.