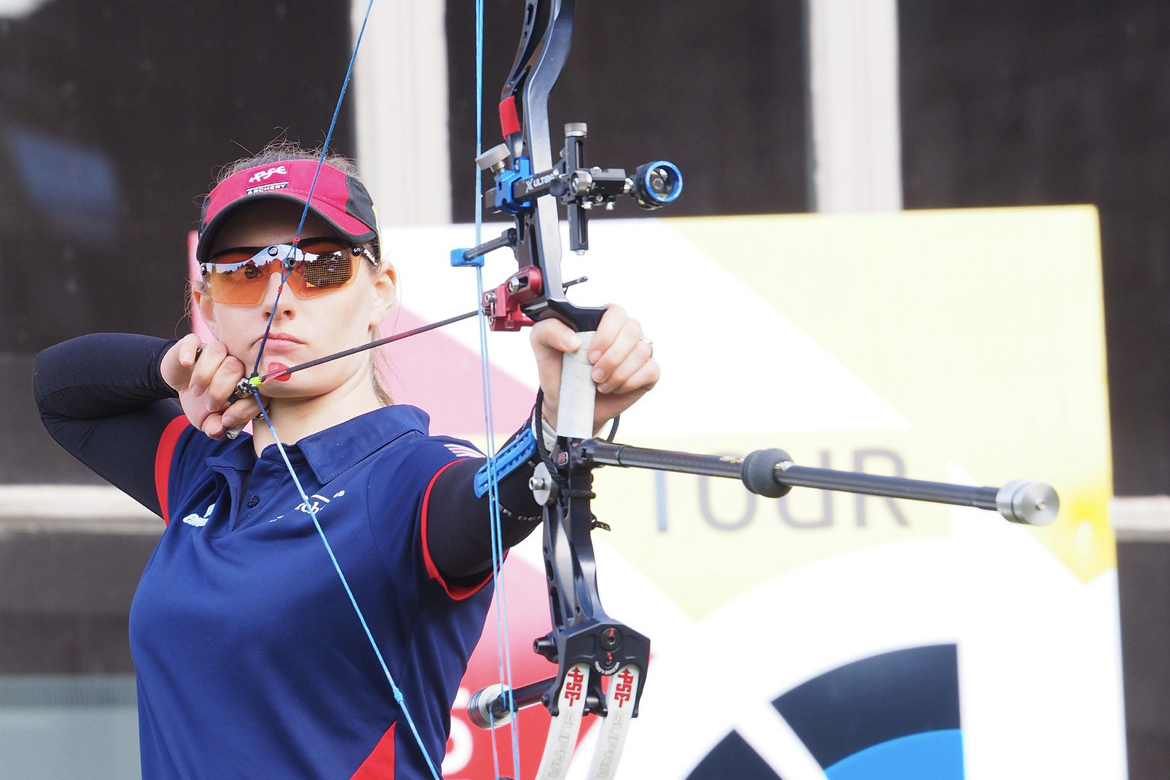 Elite Archery Scholar Bayley Sargeant has been one of the few Sports Scholars to compete in a sporting competition this academic season which has been heavily impacted by the pandemic, subsequent national lockdowns, and limitations placed across all sport.

The GB Archery National Finals Tour was permitted by the government to take place during Term 1 under strict safety regulations ensuring athlete and organiser safety. To qualify for the National Tour Finals, you need to be ranked within the top 8 of the GB national rankings. The highest-ranking points gained are from specific National Tour Stage (NTS) events over the outdoor season. This year, however, the 2019 finalists were invited to compete, since there were no qualifying tournaments in 2020.

The tournament had a simple straight knock-out format starting with quarter-finals, progressing to semi-finals, and then the bronze and gold medal matches. The day was a great challenge for Bayley as this was her first outdoor competition for 12 months along with a prevalent and unpredictable wind, Bayley commented on overcoming these challenges;

“On the day progression was slow for me. Wind is a really big factor in archery and it took some getting used to, even though we do train in the wind, nerves can make you feel the wind differently or read it incorrectly. The reason wind is a big factor is because it affects both your bow (aiming) and the flight of the arrow. However, as I started winning my matches, I felt much more confident in my ability and my shots began to feel much better”

Bayley was very competitive throughout, progressing to the final, and after a great starting score held on to a consistent lead throughout her gold medal match earning her the prestigious honour of a National Tour Finals Champion! A link to the GB National Tours footage is provided below, Bayley’s Semi-Final can be viewed at approximately 1:09 with her Gold Medal Match starting at 1:56.

Bayley followed her National Tour win outdoors with another victory at the Indoor World Series Stage 2 tournament which is usually a series of events held internationally over the indoor season. However, the WA decided to host multiple IWS events online instead. This meant registering and receiving your scorecard virtually. For a score to be submitted, Archers shoot at a normal range of 18m, provide evidence of at least 2 witnesses, and use an officially licensed WA target face. Having submitted her scores alongside some of the world’s best Archers, Bayley once again emerged victorious in her disciplines confirming a great season in spite of all of the adversity and challenges to compete last year.  A link to the results page is provided below.

Kent Sport wishes to congratulate Bayley on her recent victories and honours.