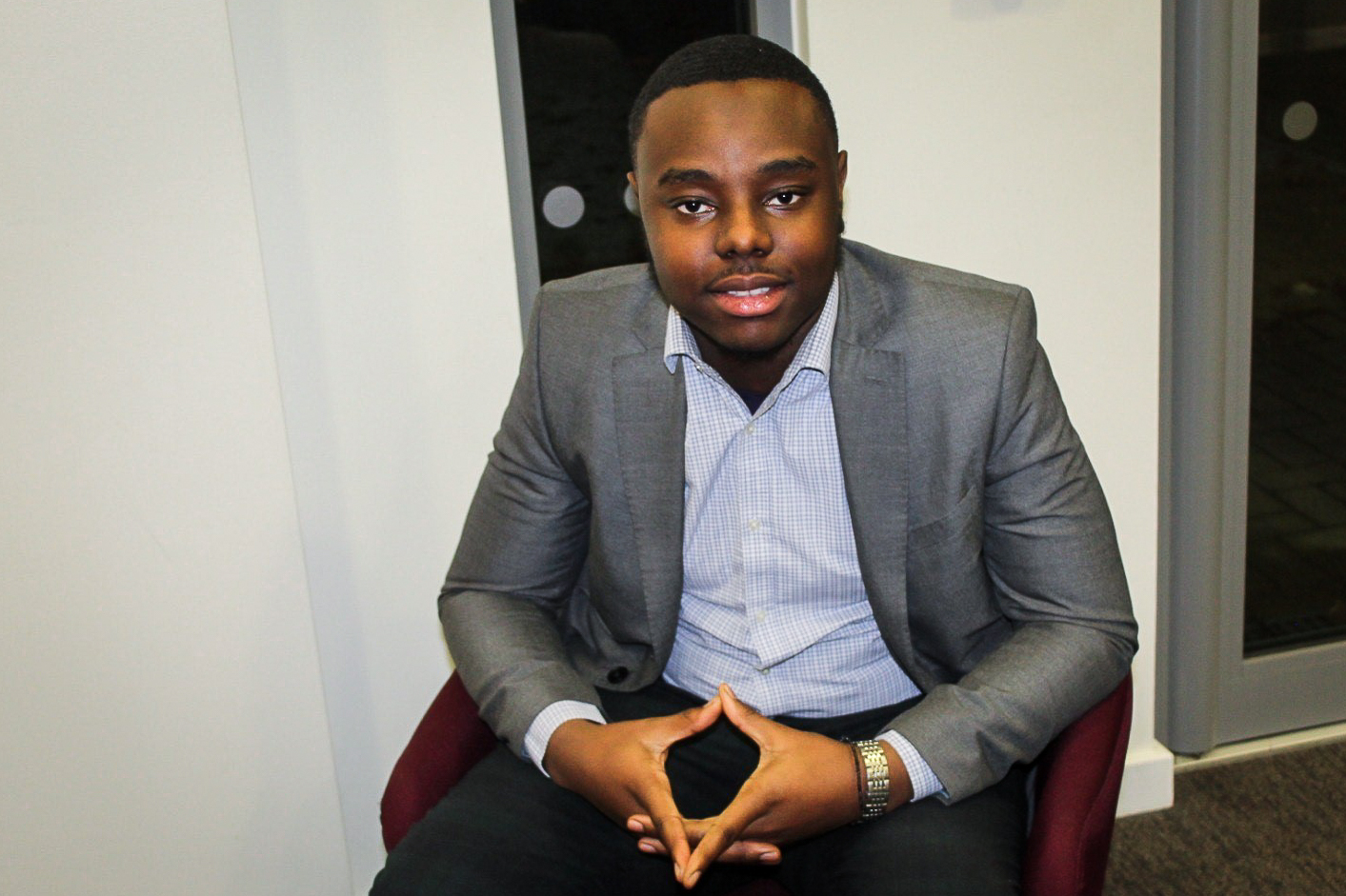 Devonté Richards is from Northolt, West London and currently works at Gartner as a Senior Account Management Specialist.  He graduated with a BSc in Marketing with a Year in Industry in 2020 and set up his own business, Rich Rags, during his time at university.

‘I was still in primary school when I first experienced racism,’ remembers Devonté. ‘Walking to school with friends, a group of guys in a white van made monkey noises at us. It was upsetting and threatening.’

Keen basketballer Devonté was already dealing with the emotional trauma of losing his mum to cancer as a child when these instances of racism became mainstay in his life.

‘I was stopped and searched quite a few times in my teenage years by the police, with no real reason to suspect me. It is something that most black guys in London are used, but I now see it as something quite shocking and wrong.’

Growing up, Devonté’s mother was his ‘inspiration’ as he marvelled at her work ethic and ability to provide for his family.

‘Mum worked in a management role within a bank which meant we stayed afloat, she worked incredibly hard, and had a savviness to her. Even after she died, she looked after my sister, dad and me through life insurance schemes and things she had put in place.’

Devonté became a hardworking student who made it his mission to follow his mum’s footsteps. He found a passion for business and in particular, Marketing.

‘I applied for BSc Marketing at Kent Business School after seeing that the course ranked highly. I loved the lectures and seminars, but it was the people I met at Kent – the lifelong friends – that are my university experience. I also loved standing on my own two feet in a new city.’

He found his home at the Afro Caribbean Society and gained a best friend in Stephen Kamara, who worked as its president during Devonté’s second year at uni.

‘ACS really helped me to settle in,’ he beams. ‘We did lots of learning events and parties, it was a really important part of the culture for black students.’

Inspired by a trend for ‘waving’ in afro hair, Devonté noticed a gap in the market for ‘durags’ (headscarves made from silk or satin usually worn with afro hair styles) that were made of suitable materials and made directly in the UK.

‘No one was making and selling them here. My studies had taught me to notice gaps in the market and find solutions to problems and there it was in front of me.’

He set up the business Rich Rags in his second year and through ASPIRE applied for a Santander Grant and won. As well as selling the headscarves, he used the platform to sell wristbands for cancer research, a nod to his mother and the impact she had on his life decisions.

‘I used the grant money to purchase stock from China and organise local embroiders in the Canterbury/London area. It wasn’t without setbacks – I gave a lot of money to a supplier who let me down and I still don’t know if I was defrauded,’ he explains.

‘It was a learning curve, but I was just 19. While I decided to shelve the business and focus on my studies and placement, it’s something I hope I might return to one day.’

Devonté secured a placement at Enterprise in 2018, where he was promoted to a Management Assistant position and was offered a part time role at the firm while he completed his final year and the potential of a graduate role, something which was delayed due to Covid.

He says: ‘Coming into institutions and being black, you definitely feel you need to overcompensate. You need to be the best to be seen and valued. With Enterprise, it was a really diverse workforce so that helped me to flourish. I picked up skills that lasted a lifetime in the placement.’

Devonté now works at Gartner as Senior Account Manager, a business which offers professional service solutions, a role he is enjoying. He is also inspired by the changing landscape of business and the open conversations about systemic racism and lived experiences of black people.

‘At work, we speak to the senior executive about the black experience or ethnic experience on a regular basis, but there’s a lot more to be done in the wider economy,’ he reflects. ‘You can’t be what you can’t see, so diversity is key.’

Keeping his mum’s memory alive through charity work Devonte’s has high hopes for the future and what he can achieve.

‘There’s still an entrepreneur inside me somewhere, which I hope to find again soon.’ he concludes.

Black History Month 2022 is themed A Time for Change: Action Not Words.

At Kent, we are committed to providing an inclusive and equal experience for all our incredible students. Find out more about how Kent Union is celebrating Black History month here.