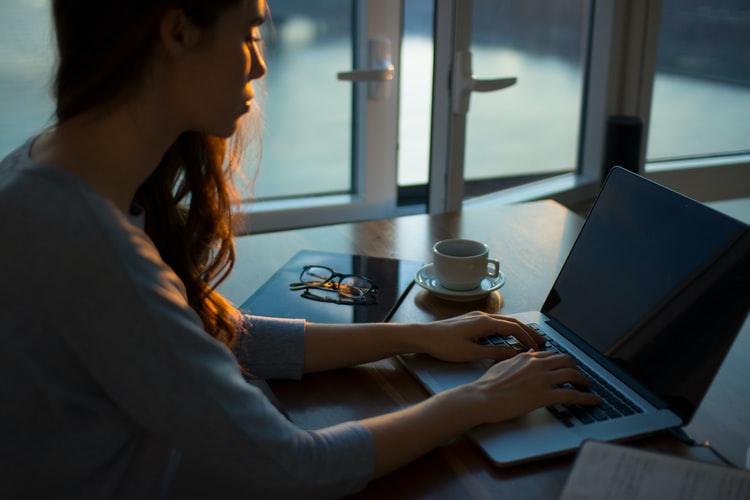 Professor Patricia Lewis, Professor of Management discusses how the COVID-19 lockdown has disadvantaged women working from home whilst caring for their children

Stay Home, Save Lives! We are all now familiar with this call to support the global fight against COVID-19. Though a life-saving strategy in the face of a powerful virus, ‘staying home’ has long been critiqued by those who sought to open up women’s lives beyond the four walls of domesticity.

The stance of famous feminist writers such as Simone de Beavoir, Germaine Greer, Betty Friedan, and Ann Oakley can be summed up as ‘Stay Home, Stifle (female) Lives’. They interpreted the domestic arena as the primary barrier to women’s pursuit of success in the broader world. Achievement in the public world of work was claimed to be in tension with the domestic world of home. Release from domestic confinement was a key objective of Western second-wave feminism.

This debate was reignited by the work of Catherine Hakim who argued that within Western countries women “never had it so good”. She claimed that through broad social acceptance of the principle of equality, traditional constraints on women had been removed providing them with a genuine choice.

Arguing that the most significant decision a woman can make is between a life focused on home and family or one focused on career, Hakim asserted that gender discrimination was no longer an issue. Any remaining differences she asserted – e.g. the gender pay gap or low numbers of women in senior leadership positions – were not due to persistent discrimination but women’s choices. The narrative of choosing, which Hakim’s work popularized, shifted public discourse on women’s work-life experience from one of discrimination to the currently dominant notions of ‘choice’ and its companion ‘balance’.

As long as a woman has grit and determination goes the preference claims, anything is possible! Many criticisms have been made of Hakim’s stance, not least the suggestion that such narratives of choice have concealed the largely undisturbed gendered power relations present in the contemporary labour market.

But what of the COVID-19 crisis, will grit and a determination to succeed protect the labour market position of women? The COVID-19 catastrophe has turned the notion of choice on its head – we are all at home now with both work and children, not out of choice but out of necessity. Hakim’s adaptive woman who chooses to combine work and home by demonstrating economic capacity within the normative confines of the male career while also fully enacting a caring role has usually sought to do this outside the confines of home – now she must do so back within the domestic realm. While figures such as the “mumpreneur” may act as an example of how to manage the career-family balance within the home, a question still remains about the impact on gender equality of women’s ‘mass return’ to the domestic sphere.

Does this ‘return’ to home mean the reassertion of traditional gender inequalities as the pandemic burden of homeschooling and childcare falls on women? Alternatively, with the rapid adoption of flexible work practices and men’s increasing engagement with childcare, is the pandemic a catalyst for a new era of equality? Have we been fast-forwarded into a future where men and women equally engage in the productive and reproductive tasks required to support and raise a family, contributing to a reduction in labour market gender inequality over time?

All of the elements for this transformation are already present with organizations increasingly recognising the need to support employee work-life balance management strategies. However, the impact of any situation – positive or negative – never falls equally.

Postfeminist equality of the kind Hakim claims exists is dependent on the traditional home set-up of a two-parent family. Indeed, for single-parent families the question of sharing childcare when other family sources (e.g. grandparents) are off-limits in a pandemic, does not even arise – their choices are restricted. While the pandemic highlights the possibility for change in areas like flexible work and shared childcare, this is likely more of a long-term occurrence and would probably fall unevenly. So in the short term – and early evidence from the US seems to bear this out – the lion’s share of the childcare and general domestic responsibilities are likely to stay where they always have – with women.

Many organizations currently acknowledge the burden which individuals are carrying now when managing work and family in the space of the home. However, the long term impact on people’s experience of inequality connected to difference such as gender, race and class which is playing out now in the emergency situation we are living through should not be underestimated.