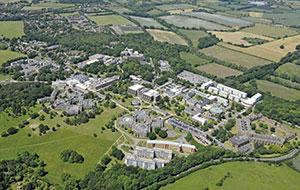 The University of Kent has been ranked 80th in the inaugural Times Higher Education (THE) 100 Under 50 league table of the world’s best young universities. Kent is one of 20 UK universities to make the ranking.

Phil Baty, Editor of the THE Rankings, described the 100 Under 50 table as one that ‘is about a new breed of global universities – those that have managed to join the world’s top table in just decades rather than centuries, and others showing great promise for the future.

‘The new ranking,’ he said, ‘gives us a glimpse of the future, hinting at who the future Harvard and Cambridge universities may be.’

Professor Dame Julia M Goodfellow, Vice-Chancellor of the University of Kent, said: ‘The University has gone from strength to strength over the past few years and this league table highlights Kent’s global reach and reputation.’

Professor John Mingers, Director of Kent Business School, commented, “This is particularly appropriate for the Business School which is also rising rapidly on the basis of an excellent performance in the 2008 Research Assessment Exercise. It is now one of the top 30 research-intensive business schools in the UK. We also have excellent partnerships around the world, especially in Asia and Europe.”

The University of Kent was established at Canterbury in 1965 and has now become known as the UK’s European university, with students in Brussels and Paris as well as at its other Kent campuses at Medway and Tonbridge. The University’s strong European impact is reinforced by long-standing partnerships with more than 100 universities in Europe and it is the only UK university to have specialist postgraduate centres in Brussels and Paris. The University has also developed relationships with many leading universities outside Europe and in 2010 launched a new initiative to offer more scholarships to students from Hong Kong and China.

In the Guardian University Guide 2013, Kent was ranked 22nd out of 120 UK higher education institutions. It celebrates its 50th birthday in 2015.