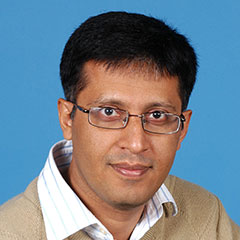 Women miss out on board posts as ‘fit trumps competency’

“The Equality and Human Rights Commission (EHRC) commissioned report titled “Gender diversity on Boards: the Appointment process and the role of executive search firms” provides an in-depth study into the appointment process to corporate boards and the role of executive search firms (ESFs). The report, produced by Cranfield School of Management, concludes that the appointment of women to FTSE350 non-executive directorships is being held back by selection processes which favour candidates with similar characteristics to existing male dominated boards. The report suggests that despite the verbal organizational rhetoric, when it comes to actual process of recruitment and selection, successful candidates tend to be those who are perceived as ‘fitting in’ with the existing (mainly masculine) values, norms and behaviours. The authors suggest that the Board appointment process remains opaque and subjective, and typically driven by masculine corporate.  Moreover, as intermediaries in this elite labour market, ESFs assess candidates not only on their skills but also on the subjective judgements of how they fit in with the current Board. The report offers a number of recommendations to alleviate this situation, e.g., more transparency in staffing procedures, adoption of more developmental roles by chairmen and ESFs during and after the appointment process, and more emphasis on having women on executive boards.

The findings of the report are straightforward and there is, as such, no element of surprise. It is common knowledge that women’s career progression in organizations remains restricted due to gender and other stereotypes, a phenomenon which is also described as glass ceiling. This specific report and other similar studies are helpful to keep highlighting the female disadvantage particularly at the board level. However, it would be much more useful if the report had also paid attention to the issue of intersectional identity in addition to gender. For example, do all women face similar issues and challenges, stereotypes, glass ceiling etc in the workplace or does the intensity of such challenges vary with their ethnicity, religion, sexuality, age and other forms of identity (i.e., the ‘other’ women). In particular, given that ethnic minority women, particularly those from certain ethnic and religious background (e.g., those of Pakistani or Bangladeshi origin) are relatively much more disadvantaged in employment as compared to white Anglo women, it is important to acknowledge that gender, per se, is an insufficient dimension to assess the female disadvantage in employment. Future scholars may wish to adopt a more inclusive, multilevel approach (Syed & Ozbilgin 2008) to investigate gander and other dimensions of diversity and equality in the workplace, which not only pays attention to the legislative and institutional context but also considers organizational culture and procedures and issues of individual agency and intersectionality.”