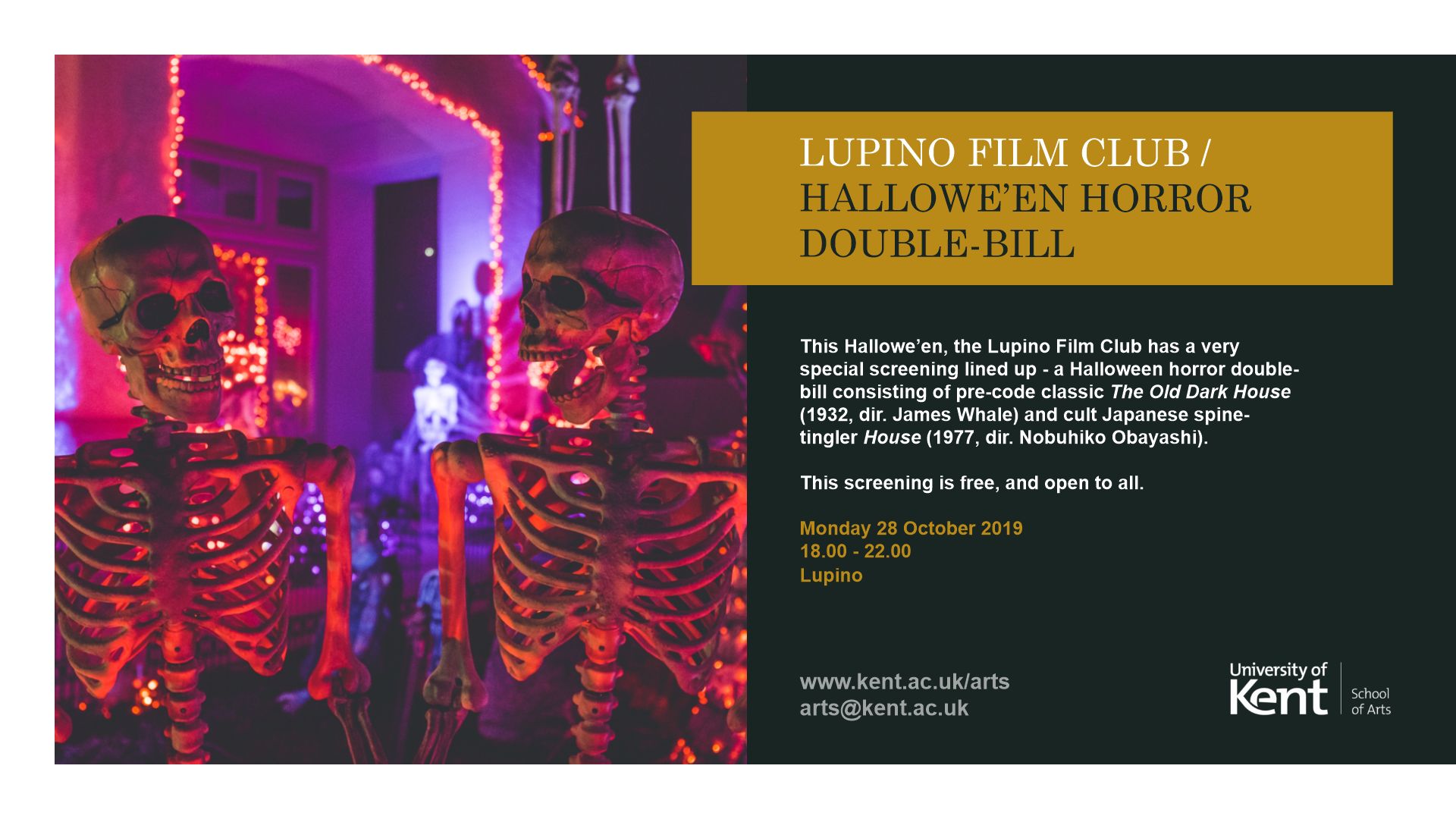 The Film, Media and Culture Research Group is excited to announce a special double-bill screening for the next Lupino Film Club taking place on Monday 28th October at 6pm.

In celebration of Hallowe’en and the things which go bump in the night in haunted houses, first we will be screening James Whale’s 1932 The Old Dark House, a Universal horror starring Boris Karloff, Melvyn Douglas and Charles Laughton. Adapted from J. B. Priestly’s novel Benighted (1927), the film tells the tale of a group of travellers who are forced to spend the night in a creepy mansion inhabited by a strange family… 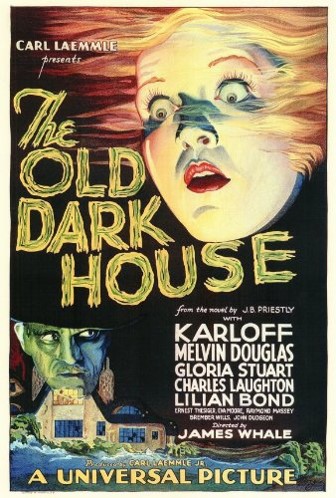 Whale’s sense of horror often works because it’s balanced with dark humour or else sometimes personal explorations of identity. The Old Dark House is a vastly influential early example of the haunted house movie, containing premonitions of many of horror cinema’s go-to narrative clicks, including isolated groups, remote rural houses, mysterious inhabitants hiding secrets and even the ominous sound of whistling wind.

But it’s just as important for its very modern questioning of class, gender, sexuality and mental health. While it’s true that these are dealt with in ways that are perhaps too general or glib to be seen as genuinely progressive, the fact that they are tackled at all might seem surprising in a film of this vintage.

View the trailer for the film here.

The second film screened will be the 1977 cult classic House (Hausu) directed by Nobuhiko Obayashi. House also tells the tale of a group of travellers and their encounter with a creepy house, except this time the story focuses on a group of classmates who journey to the country where one of the pupil’s aunt lives. In the Criterion Collection notes to House, the film is labelled as ‘indescribable’:

How to describe Nobuhiko Obayashi’s indescribable 1977 movie house (Hausu)? As a psychedelic ghost tale? A stream-of-consciousness bedtime story? An episode of Scooby-Doo as directed by Mario Bava? Any of the above will do for this hallucinatory head trip 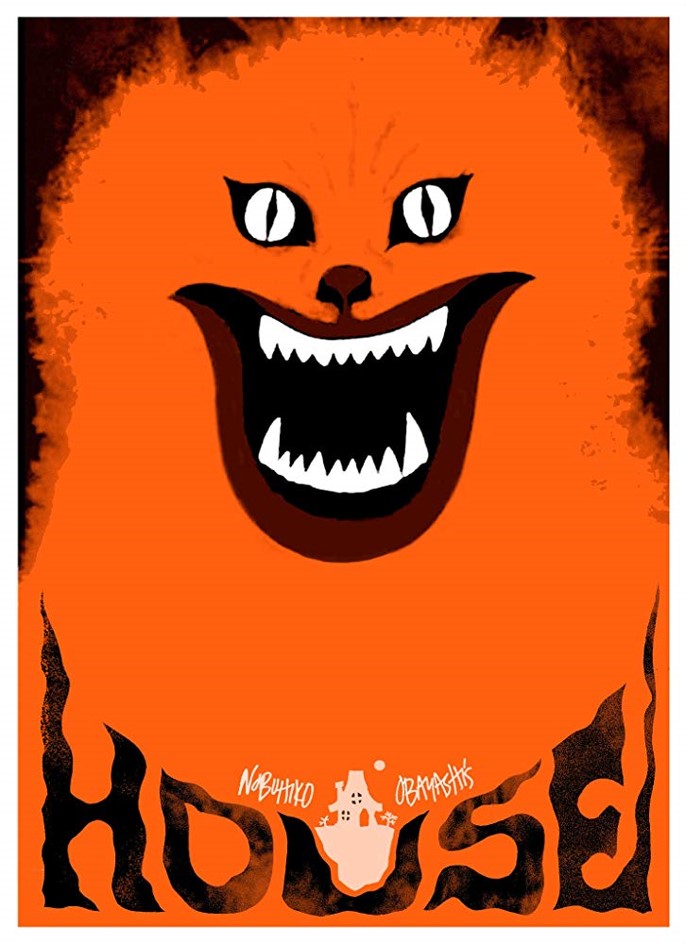 View the trailer for the film here.

Join us for this spooktacular double bill on Monday. All welcome!