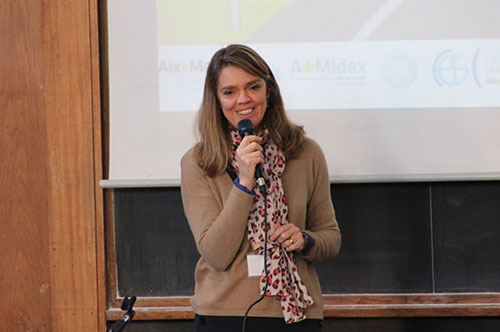 Professor Miguel Leon-Ledesma has had a paper accepted in Mathematical Social Sciences.

Entitled ‘Production, Bankruptcy, and Financial Policies under Collateral Constraints’ it is co authored with Jamie Orrillo from the Catholic University of Brasilia.

“This is a special issue of MSS in memory of the late Carine Nourry, who passed away in June 2019.” Leon-Ledesma explained. “Carine was a close friend and co-author. She was also a visitor at the School of Economics and MaGHiC. The special issue has been edited by Raouf Boucekkine, Thomas Seegmuller, and Alain Venditti and contains contributions from authors such as Jean-Michel Grandmont, Jess Benhabib, David de la Croix, Mathias Doepke, and Carine herself. This is a great tribute to a phenomenal person.”

‘Production, Bankruptcy, and Financial Policies under Collateral Constraints’ builds a model where firms face borrowing constraints as assets require collateral backing. The impact of financial variables on the real economy has been the subject of an large literature in macroeconomics.

“Different from most papers in the literature, firms are allowed to default. The model generates counter-cyclical default, consistent with the data. Importantly, we show that, under standard conditions, a macroeconomic equilibrium exists. This equilibrium is “second best” efficient. Also, we show that firm’s borrowing decisions can have real effects in the economy, violating some key theorems in corporate finance. In this respect, the paper constitutes an important step to incorporating producers’ default and bankruptcy in general equilibrium macro models.”

This is even more relevant in the face of the unprecedented Covid-19 crisis that has put business activities in certain sectors under enormous stress.