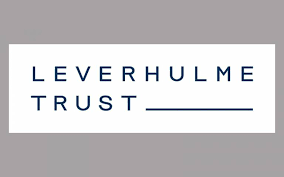 The £98,000 grant has been awarded to study the dynamics of the labour share of income.

The project aims to build economic models that describe the path of the labour share (the share of national income that goes to workers rather than the owners of firms) coherently in both the short and long run. The project rests on the elasticity of substitution between capital and labour, a number which describes the extent to which firms adjust the relative quantities of capital and labour they employ in response to changes in their relative costs. Recent work, to which the investigators have contributed, allows macroeconomic models to better describe the data by modelling technology choice in firms. This means firms face a relatively low elasticity in the short run but a larger one in the long run. That is, it is difficult initially for firms to adjust to the relative quantities of capital and labour they employ even if prices change, but it is easier over time as they change the technologies they use. Such work, however, so far constrains the long-run elasticity to equal exactly one when taking models to the data. This is a problem because it implies that the models can only describe a labour share that is constant in the long run, and so such models fail to capture the possible decline of the labour share over time. This in turn is potentially thought to be a key driver of increasing inequality. The purpose of the project is to overcome this problem using the latest numerical solution techniques.

“Existing models have a hard time explaining the apparent long run decline of the labour share and it’s short run behaviour simultaneously.” León-Ledesma explained, “We will be developing new methods to resolve this problem, which is crucial to understand developments in inequality in the past three decades. Inna Tsener, from the University of the Balearic Islands, will also be a project team member as an external researcher.”