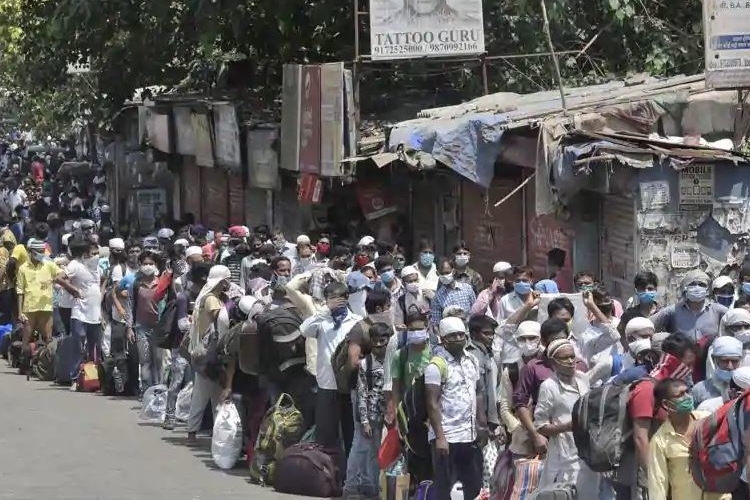 Parsing the labour law debate: what does the evidence say? Op-ed By Amrit Amirapu and Vidhya Soundararajan printed originally in The Hindustan Times.

In the wake of India’s lockdown more than 130 million people have lost their jobs, many of them migrants who are returning to their home states in large numbers. In the last week, some states, particularly the traditionally out-migrant states, issued ordinances to significantly relax or suspend labour laws. Presumably, these changes aim to remove potential impediments to generating employment, in order to absorb the unemployed – especially return migrants – and/or attract FDI. There are several issues related to the constitutionality of these ordinances – but we leave those to lawyers and legal scholars to adjudicate. We write here as economists who have conducted research on this topic, with the aim of laying out the costs and benefits of these actions, based on our reading of the evidence. The adopted changes are a motley set. Madhya Pradesh – among other things – limited the role of inspectors and removed many provisions of the Factories Act (the law governing health and safety in manufacturing firms). Gujarat kept industrial safety rules and the Minimum Wage Act intact, but scrapped all other laws for new industrial establishments. Uttar Pradesh removed all but a few laws, for a period of three years (pending approval by the State legislature and the President of India for laws in the Concurrent List). Several states have amended daily work hours from 8 to 12 (some with and others without overtime payment). Assam’s focus was different. It legalized fixed-term employment (earlier, licenses were required to do this under the Contract Labor Act) and stipulated equal social security benefits to fixed-term workers as permanent workers in the same unit.

These changes can be usefully distinguished into two types: 1) changes that aim to lower firms’ labor costs by reducing workers’ benefits (e.g. minimum wages, health and safety regulations, provident fund payments, bonus payments), and 2) changes that aim to increase firms’ flexibility by reducing firing costs (e.g. employment protection legislation). We discuss each in turn, as the conceptual implications and empirical evidence for each type is different.

In a basic supply and demand framework, reducing firms’ labour costs should increase labour demand. But when you consider information asymmetries or market power, even this prediction can falter. Where worker effort is hard to observe, employers may provide higher than market wages in order to increase worker productivity and minimize turnover (the efficiency wage theory). In markets where employers have wage setting power, which tends to be the case for most low-wage labor markets, introducing a minimum wage does not necessarily lead to adverse employment effects as empirically shown by Arindrajit Dube and co-authors, and in fact it can even generate employment gains as shown by Vidhya Soundararajan.

Further complications arise because the laws on the books are often not the same as what is enforced. Urmila Chatterjee and Ravi Kanbur find that the Factories Act is characterized by widespread non-compliance. Despite the non-compliance, these laws still seem to impose costs on some firms: in a recent paper, Amrit Amirapu and Michael Gechter find that the de facto costs imposed by type-1 regulations on firms can be very high (up to 40% of labor costs) – but only in states with high levels of corruption or states that have not reformed their inspector rules. This implies that if there are corrupt inspectors, labor laws are sufficiently complex and opaque to provide them leverage to extract bribes, yet they fail to generate full compliance, leaving workers underprotected. This might explain why only 11% of (medium and large) Indian firms reported that labor regulations are a “major constraint” while 36% reported corruption to be a “major constraint” in the World Bank Enterprise Survey in 2014.

The solution then, is not to remove these benefits altogether, but to consolidate and simplify them – so they can be implemented effectively with less room for extortionary behaviour. Indeed, this is a task that the parliament has already started, and it should be allowed to continue this work in a

careful – if expedited – way. There is no justification for the wholesale suspension of such laws, which will leave workers wholly unprotected and firms only marginally better off.

Turning now to the “reforms” of type 2: these relate to employment protection legislation (EPL) – which restricts hiring and firing. The relevant legislation in India is the Industrial Disputes Act 1957. Most aspects of this law are fairly standard: for example, Section V-A of the law stipulates that a retrenched or laid off worker must be adequately compensated, which is similar to policies in many other countries including Germany, France, and the United Kingdom. It is Chapter V-B of the law – which prohibits firms with 100 or more permanent workers from firing even a single worker without government consent – that stands out for its stringency (at least on paper). It is possible that this part of the IDA aims to compensate in some way for the lack of social insurance mechanisms (unemployment benefits/public health insurance) in India. The problem with using EPL to act as social insurance is twofold. First, India’s EPL is limited to medium and large formal firms, so that only a fraction of the non-agricultural workforce is covered (for example, less than 4.5% of workers are in firms covered by Chapter V-B of the IDA, according to the 2014 Economic Census). Second, it might distort the efficient functioning of labour markets by dissuading firms from hiring permanent workers.

The empirical evidence for whether India’s EPL has in fact reduced employment or output in India is not conclusive, and the debate started by Timothy Besley and Robin Burgess has been rebutted by Aditya Bhattacharjea (in 2006, 2009 and 2019) and others. However, there is clearer evidence from other countries that strict EPL can reduce employment, firm productivity, and investment (employment and productivity in the US by David Autor and coauthors, and Italy by Federico Cingano and coauthors). There is also evidence from India that EPL incentivizhttps://economics.mit.edu/files/1479ed the use of contract work (as shown by Ritam Chaurey), the share of which grew from 15% to 34% in Indian manufacturing between 1999 and 2015. This phenomenon may have reduced incentives to invest in human capital and lowered productivity, in addition to undermining the bargaining power of trade unions as shown by Nancy Chau and coauthors.

Overall, the international evidence suggests that type 2 laws do constrain employment generation, investment, and productivity. In India, although convincing evidence is elusive, at least Chapter V-B, the most stringent part of the IDA, could be removed and replaced with a more effective and expansive social insurance mechanism (such as unemployment insurance or UBI). These measures would provide firms greater flexibility without undercutting the welfare of workers.

How then do we understand these “reforms” in light of the above evidence referenced and the demands of the moment? Given the tragic situation of migrant workers and general mass unemployment, the first-order concern should be to immediately save lives through a combination of cash and in-kind transfers. The next concern should be to improve livelihoods, by doing the necessary to facilitate reemployment. Given the stark human costs of unemployment on the scale witnessed, it is understandable that states wish to urgently remove impediments to hiring – even if that means tilting the balance of power towards firms. However, our reading of the academic literature suggests that the wholesale suspension of type 1 laws is unlikely to improve worker welfare or substantially increase employment and should therefore be restored back immediately. Removing type 2 labour laws would improve welfare by increasing employment if and only if adequate social security is provided for redundant and retrenched workers. Providing the latter should be the urgent task of the moment.

Amrit Amirapu is a Senior Lecturer at the University of Kent, and Vidhya Soundararajan is an Assistant Professor at the Indian Institute of Management Bangalore.

First Published in The HindustanTimes, May 25th 2020