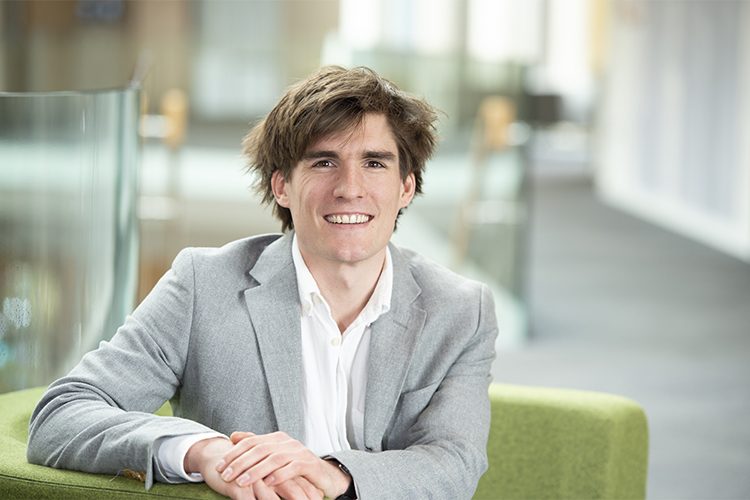 Anthony Savagar, Lecturer in Macroeconomics (Principal Investigator) and Miguel Leon-Ledesma, Professor of Economics, were granted an ESRC Research Award in September 2018 for £200,000 to tackle the UK’s productivity puzzle.

Nobel laureate Paul Krugman famously remarked that ‘productivity isn’t everything, but in the long run it is almost everything’. He is referring to the idea that productivity dictates mankind’s ability to produce more output from a given amount of inputs, for example, more crops from a given amount of land or more operations for a given number of surgeons. Ultimately, sustained productivity improvement increases society’s health and living standards and offers future generations a better life.

After the 2007 financial crisis, UK labour productivity (output per worker) fell four per cent in two years, only returning in 2015. Worse still, in 2015 productivity was 16% below the level it would have been if pre-crisis trends had continued. But the causes of this weak productivity performance are not fully understood. This is called the UK’s productivity puzzle.

Our research explores this productivity puzzle and investigates a new explanation for UK productivity behaviour. We study whether existing firms used the recession to strengthen their market dominance as competitors closed, which in turn weakened productivity. Greater market dominance, which economists call ‘market power’, allows firms to charge higher prices which weakens productivity if existing resources are under-utilized. Using data on the population of UK firms, we are statistically analysing UK market power and its relationship to productivity.

Traditionally policymakers analyse competition in each industry of the economy independently. But increasingly research is recognizing the overall impact that market power can have on an economy. This is crucial in the UK at a time when it moves away from the EU, which influenced competition policy, and at a time when disruptive technologies are creating new industries with dominant firms and few competitors.