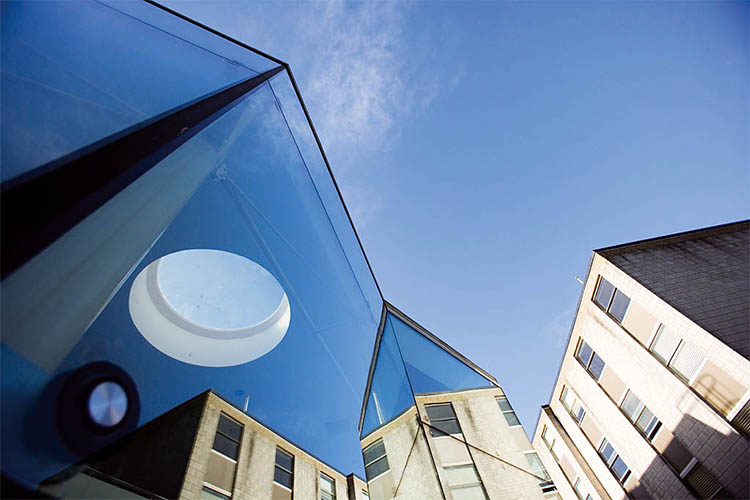 In macroeconomics, we typically model production by specifying a ‘production function,’ which tells us how much output is produced with given quantities of the ‘factors of production,’ often taken simply as capital and labour. Factor shares refer to the proportion of the income earned by production that goes to each factor, so the labour share is the proportion of this income that is earned by workers through supplying labour. There are various issues with how we measure factor shares, but a key aspect of what is known as ‘balanced growth’ is the idea that as income grows over long periods of time, the labour share remains approximately constant.

Some researchers dispute the idea of balanced growth, arguing for example that the labour share is currently declining. What there is no disagreement about is the fact that these factor shares are far more stable in the long run than they are in the short run. This creates a problem in the way we specify production functions. For example, the assumption of balanced growth has led Cobb- Douglas production functions to become standard in macroeconomic models because they imply constant factor shares with perfectly competitive markets. This, however, makes it more difficult to capture short- and medium-run fluctuations in factor shares. Market failures such as wage and price rigidities allow us to explain some of these fluctuations, but it is unlikely that they account for all of the fluctuations we see in factor shares, particularly in the medium run.

When the relative price of capital (to labour) rises, firms hire relatively less capital and more labour. The elasticity of substitution between capital and labour quantifies this effect; it tells us by how many percent the capital-labour ratio declines when the relative price of capital goes up by 1%. With Cobb-Douglas production functions, this elasticity is always one. However, much of the empirical evidence finds support for an elasticity below one. Indeed, production functions with an elasticity below 1 typically capture short-run fluctuations in factor shares significantly better than Cobb-Douglas. However, they have very important long-run consequences for income distribution. If the elasticity is different to one, productivity changes can cause the labour share to change. Since we have observed permanent changes in the productivity of investment goods in the last 30 years, an elasticity below one would lead to unbalanced growth with an increasing labour share, whereas typically researchers think that it is either constant or declining.

In this paper we propose a solution to this problem, using the idea of “appropriate technology.” This is the idea that firms not only choose the quantities of capital and labour to employ, but also make a technology choice – how labour- or capital-intensive they want production methods to be. This trade-off is expressed graphically by a technology frontier: technologies that are more efficient in using labour are less efficient in using capital and vice-versa. Given a change in factor prices, firms change their position on the frontier. We show how the shape of the frontier determines the long-run elasticity of substitution and long-run factor shares. Importantly, if firms face adjustment costs when changing their choice of technology, the short-run elasticity will be lower than the long-run elasticity. This provides a way of modelling production that is very easy to implement in macroeconomic models but that is flexible enough to be compatible with both short- and long-run data. The short-run elasticity can be calibrated to capture short-run fluctuations in factor shares in line with the evidence, while the shape of the frontier captures the properties of long-run growth. There is a specific shape of frontier that implies balanced growth. Here elasticity of substitution is below one in the short-run but adjusts towards one in the long run. We use this to provide a quantitative example for the US economy. The results support the use of this new production function because it improves the model’s ability to explain the business cycle and medium-run behaviour of the labour share.

This is the non-technical summary for a new discussion paper by Miguel A. León-Ledesma and Mathan Satchi, KDPE 1614, November 2016.