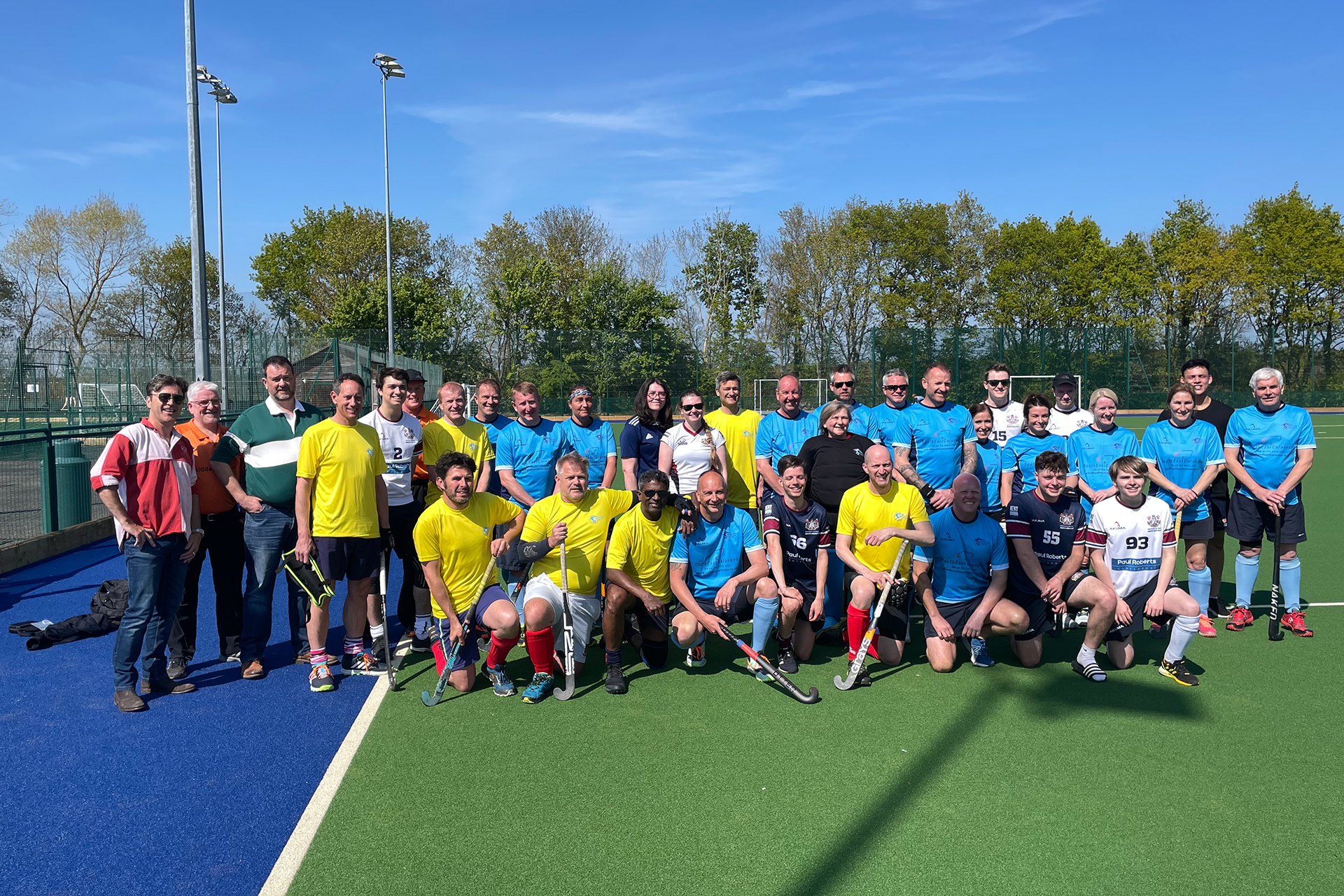 Over the early May Bank Holiday, over 30 alumni of UKC hockey club met up in Canterbury. It was like nothing had changed in 30 years. The drink, laughs and good times came easily and often. There were a few drinking games, a bit of dancing and, the day after, a few bodies were a bit sore, partly from the hockey, but more likely from the drinking. Just goes to show that the friends you make at Uni can last a lot longer.

As a group of friends who formed at UKC hockey club we had been threatening to get back together for a few years but never quite managed it. Then Covid happened. More pertinently, Covid happened and took the life of a dear friend to many of us.

During the late 1980’s, Steve Paterson was a central figure in UKC sport and the hockey club especially. After graduating, he served as, then called, Sports Sabbatical officer in 1989 and played in goal for the mens hockey club. It was great to see his name on the sports hall wall; Steve would have loved the way that the facilities have come on in the 30 years since we all left Canterbury.

When Steve died from Covid in 2021 it gave us the kick up the arse that we needed to get the group back together and hence we ended with more than 30 alumni from ladies and mens teams back together. What started with about a dozen facebook connections, became 20 people on the WhatsApp group that gradually grew over the last few months as the word spread, with almini flying in to be back together in Canterbury.

What had started with a ‘get together for a few drinks’ ended up with hours of time talking about the great times we had, looking over old photos of happy times and happy tours, and even including a game of hockey for those that either still played or still thought they could. Playing against a Herne Bay mixed vets side, with some current UKC hockey club students kindly offering to lend some support, we rolled back the years even if for some the mind was willing but the body less able than it used to be.

But the weekend wasn’t about hockey and the score didn’t really matter; the score off the pitch was a huge win for UKC and those lucky enough to have shared time together there. Stories of UKC antics and the small matter of 30 years of life, family and work, mixed easily with a Woody’s burger and pint. As well as meeting to play, we enjoyed a stroll around campus which was looking fabulous in the spring sunshine. Back visiting our old colleges and some ‘new bits’, although we couldn’t remember exactly how it had changed in the 30 years since we left, brought back many happy memories.

We are looking looking forward to doing it again in a few year’s time and hopefully we’ll have tracked down a few more of the group by then.

One response to “Alumni Hockey Reunion”

Comments are closed.
The views expressed in this blog are not necessarily those of the University of Kent. More about Kent blogs and blogging guidelines. Report concern