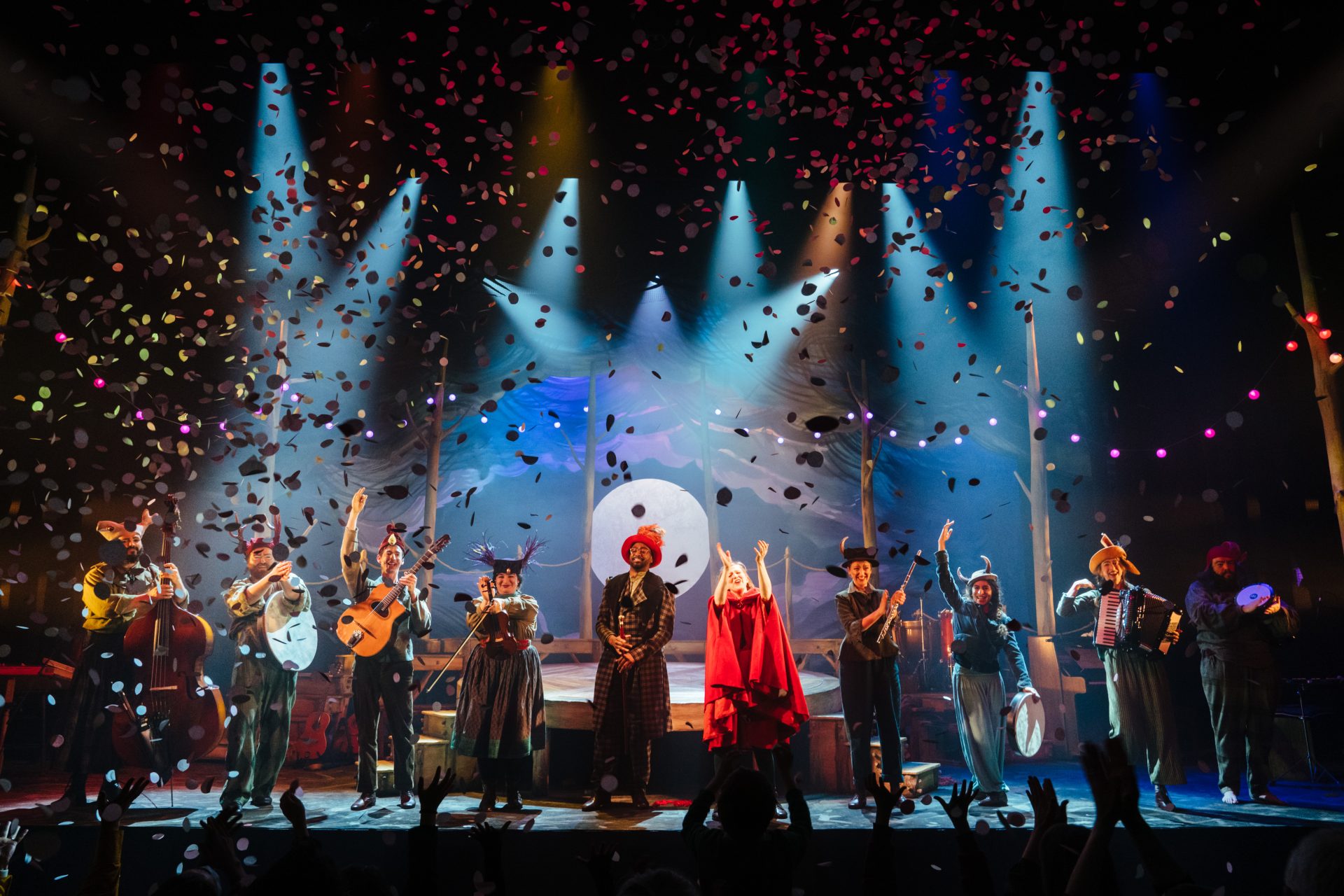 Four Kent drama alumni, who set up the theatre company Little Bulb, are celebrating after taking home the Olivier Award for ‘Best Family Show’ on 10 April for their production of Wolf Witch Giant Fairy at the Royal Opera House, Linbury Theatre.

Jayne Thompson, Acting Head of the University’s School of Arts said: ‘Huge congratulations to Little Bulb – bravo! We are all absolutely delighted, excited and proud that this truly talented group of Drama at Kent alumni have won the Olivier award. This is a great moment to celebrate their fabulous work and thank them for their continued generosity supporting our students here at the University.’

The award-winning show Wolf Witch Giant Fairy is described as ‘a wild folk opera of music, mischief and magic’. The collaboration with The Royal Opera House resulted in the show being performed at the Linbury Theatre last Christmas.

Little Bulb said: ‘We’re absolutely overwhelmed to have received the Olivier for Best Family Show, and it might be a while until we get our heads round it but we’re so very thankful to all our team and everyone that has supported us and helped us on our way – not least our wonderful teachers from Kent!

‘Given the incredibly tough few years we’ve all had, this is something to celebrate – and a reminder to all the passionate students and teachers out there to keep going – the industry needs you!’