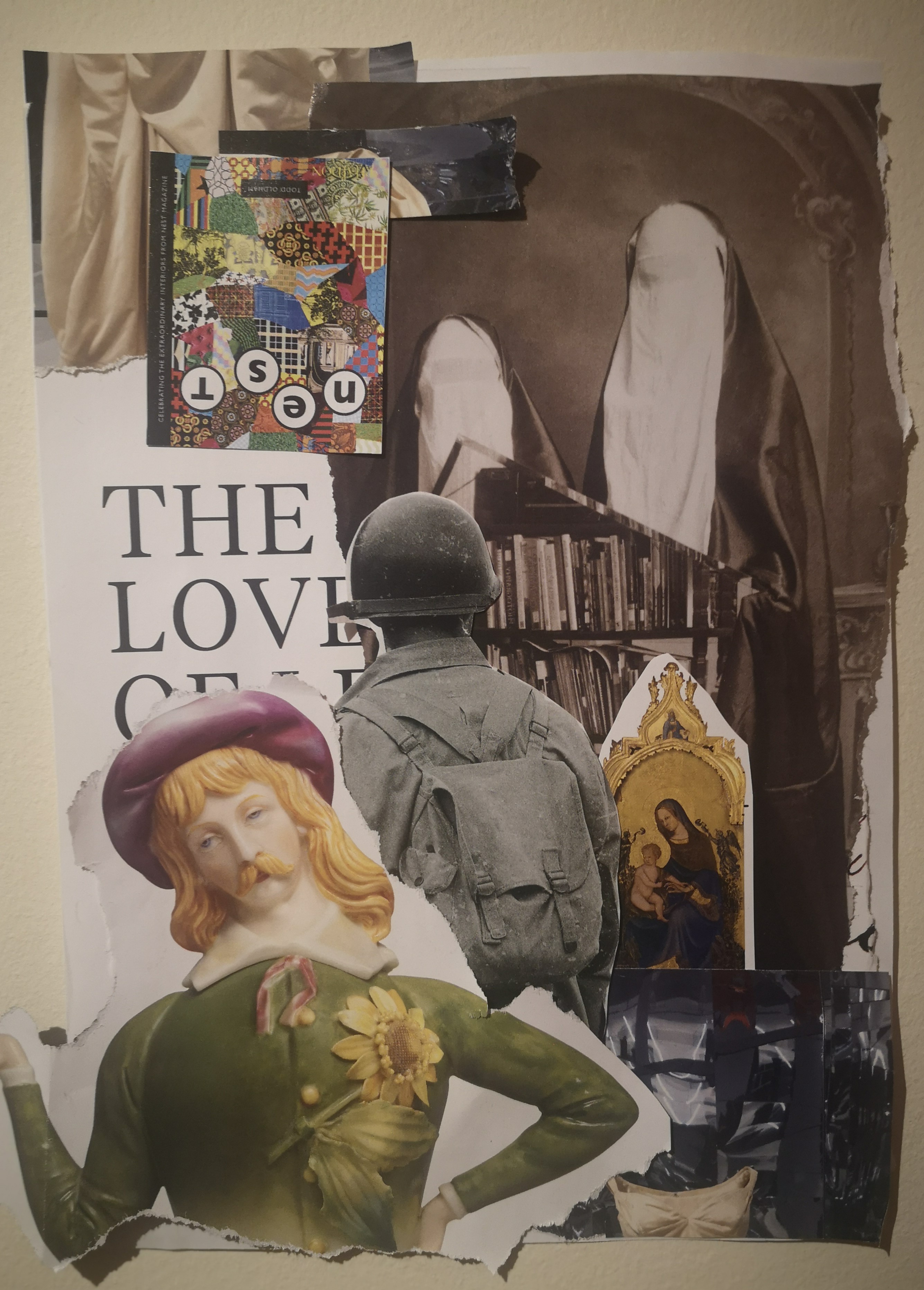 This collage was produced by second year Art History student Shania Chinien as part of the Art History module Study of a Single Artist: León Ferrari. In this module students delved into the life and artworks of León Ferrari and his response to the dictatorships of Argentina in 1966 and how that influenced the mode of his work. Students were tasked with creating a collage from images they could find in magazines.

Describing the process of putting the collage together, Shania says:

“For this piece, I wanted to explore parody and irony as the main aspect of portrayal, which is prominent through the juxtaposing, bold text of ‘The Love’ being next to a soldier, who is also next to biblical figures, bringing forth themes of religion and war. I also wanted to display a sense of visual aesthetic by using a balance of bright and monotone colours as well as considering placement of each cut out. I placed ‘The Love’ underneath everything else as I only wanted those two words to be visible and act as a focal point, which is enforced by it being the only text there and I also placed the figure of the man in green with the beret on top to emphasise comedic aspect.

‘The sense of parody from that figure comes from his body language, hand gesture and contrasting attire to the rest of the images, which I liked and kept the arm to go off the page to bring even more attention to it. I added small pieces of colourful illustration and drapery of material image for no contextual significance but to add texture and I liked how visually pleasing it made it. If I had more time, I would have considered adding more textures and cut out pieces of images in sparser areas and add some more brighter hues to elevate the sense of parody.”