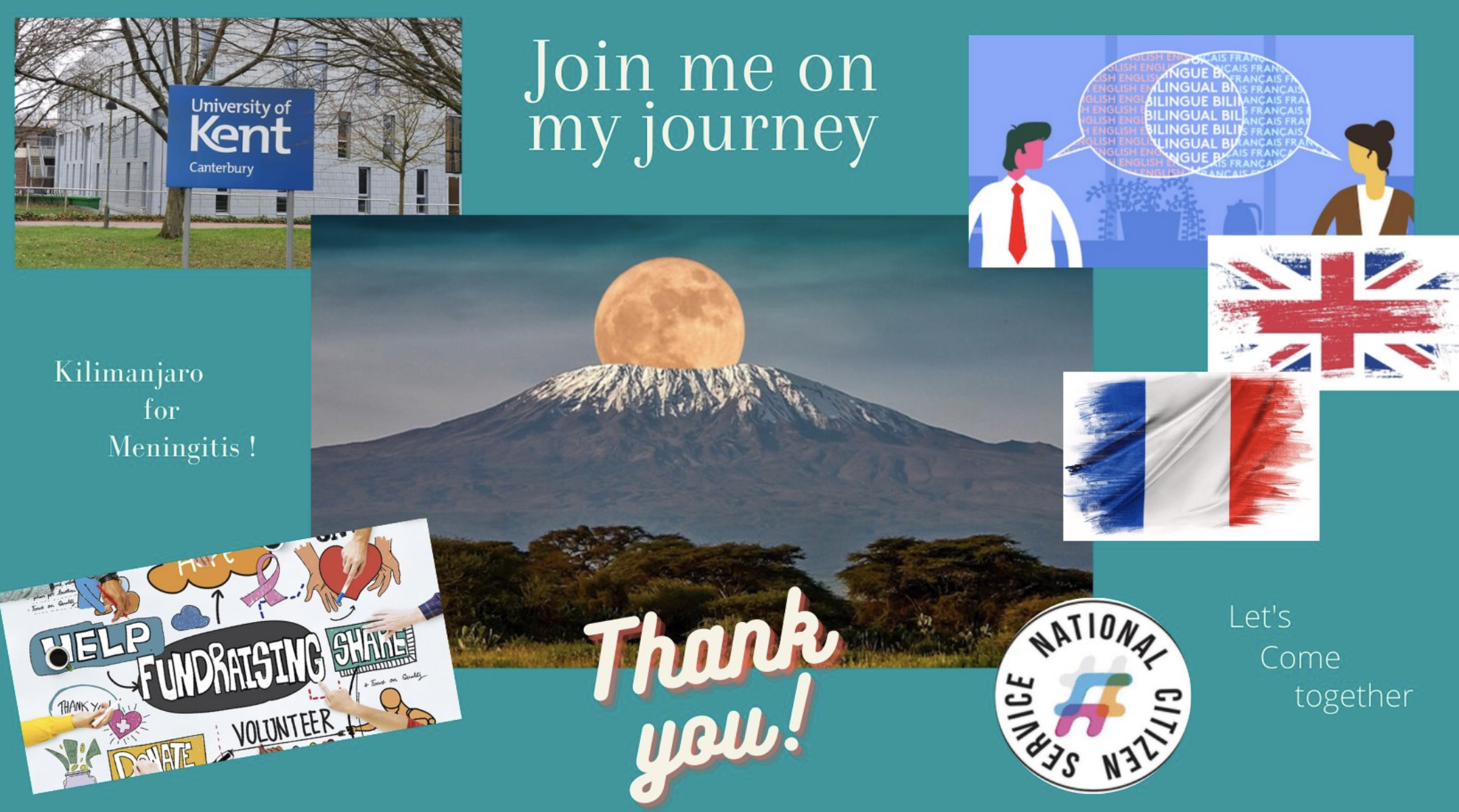 In between studies, Kent students often find time to dedicate to charitable causes.

Lia Gillett is studying BA Media Studies in the School of Arts. Next July she will embark on a week-long expedition to climb Kilimanjaro – Africa’s tallest mountain – raising money for meningitis research.

After receiving a flyer in halls last year, Lia jumped at the chance to take up the challenge. “Having grown up abroad, I’ve always had this desire to travel and when this incredible opportunity came along, I just had to grab it!” she said about her initial inspiration. “How often can you say that you’ve trekked to the roof of Africa, the tallest mountain on its continent and you’ve done it for an incredible charity?”

The money Lia fundraises will go towards the Meningitis Research Foundation, a charity with the aim to eliminate meningitis by 2030. “Raising awareness for this charity is so important because it can affect anyone.”

The expedition is currently scheduled for July 2022. Between now and then Lia will be training for the physical demands of the trek, which is classed as ‘extreme’ due to Kilimanjaro’s altitude – 5,895 metres above sea level. As well as completing daily step challenges to build up her endurance, Lia is also using an altitude mask to recreate the mountain’s low-oxygen conditions.

As well as physical training, Lia is also putting her media background into practice to raise her campaign’s profile and awareness of meningitis. Following an energetic appearance on BBC Radio Kent, she is now preparing a campus-wide raffle and a local sports day to raise money for the charity.

Reflecting on her journey so far, Lia states: “it’s such an incredible feeling, knowing that all the time spent is going towards something so incredibly meaningful! Every time my phone dings it’s a notification saying someone has donated and just makes my heart beat that extra bit faster and just makes me so happy! I’ve hit the 25% marker and it keeps going up! My target is £3,990 and reaching that would mean the absolute world not only to me it will make such a difference for the charity itself.”

Lia is sharing her progress on Instagram (@lia_fundraiser). If you would like to support Lia and the Meningitis Research Foundation, you can visit her JustGiving page.