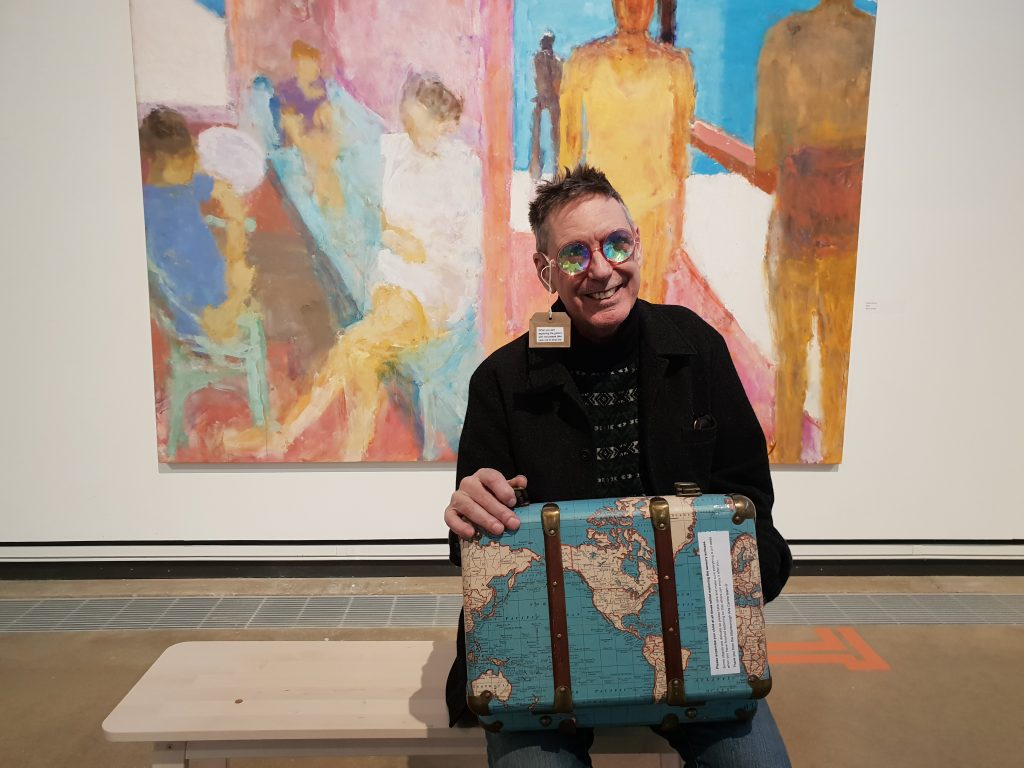 Richard Butchins, artist, filmmaker and PhD candidate in Film: Practice as Research at the School of Arts, has made a documentary film for the BBC entitled The Disorded Eye, which will be broadcast on BBC Four on Wednesday 4 November at 9pm.

From examining the work of Monet and Degas and some leading contemporary artists, Richard discovers surprising revelations about the effect of impaired vision on many painters of the last 150 years and beyond. The Disordered Eye also reveals how new scientific methods, progressive social initiatives and ground-breaking technology are shedding light on the lives of our most treasured masters, and opening up the art world to people who would never previously have been able to access it.

Richard is an award-winning filmmaker and artist. He uses his own experience as a disabled person to make work which addresses disability through mainstream television documentary in both arts and current affairs, and in his personal art practice.

Richard’s credits as a presenter and reporter include Dwarfs In Art: A New Perspective (BBC Four), Panorama: The Million Pound Disability Payout (BBC One) and Dispatches: Landlords From Hell (Channel 4). Richard has also produced and directed films for Channel 4’s Dispatches series, the BBC, and the award-winning The Last American Freak Show for More 4.

The Disordered Eye will be available to watch on BBC iPlayer from 4 November at 9pm, here:
https://www.bbc.co.uk/mediacentre/proginfo/2020/44/the-disordered-eye