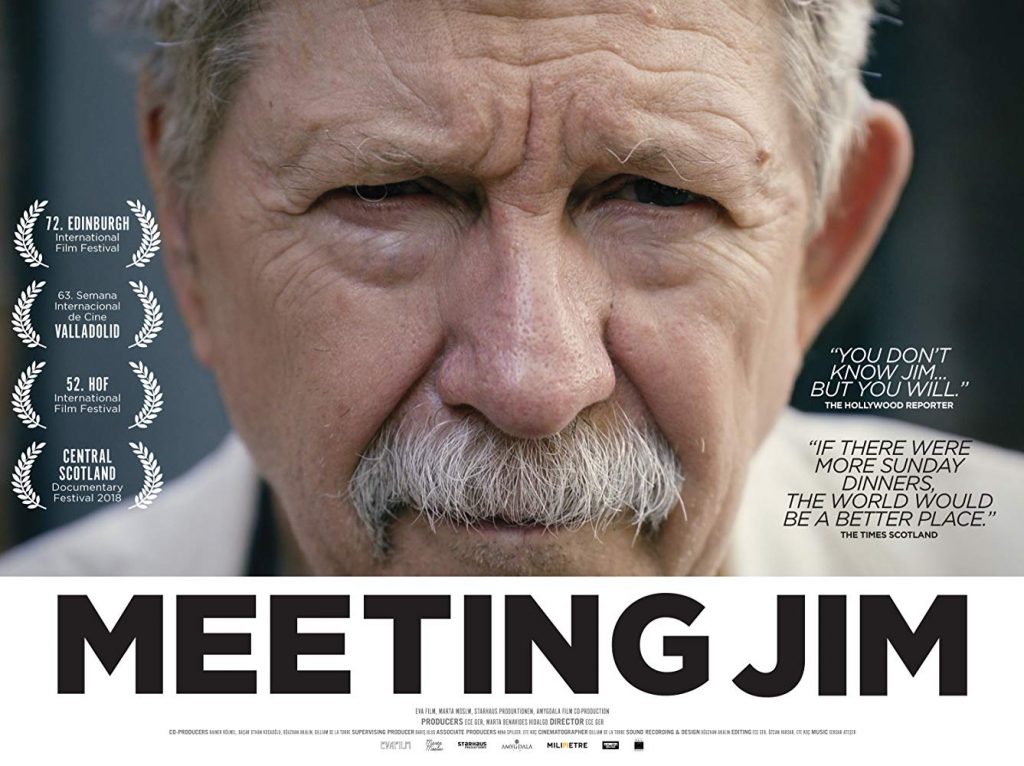 Alumna Ece Ger, who graduated with an MA in Film – including a term at Kent’s at the Paris School of Arts and Culture – in 2015, saw her documentary film Meet Jim, Citizen of the World screened on BBC Scotland last Saturday 17 August 2019.

Today, at 83, Jim Haynes just won’t slow down: this ‘godfather of social networking’ organises open dinners every Sunday night in the Parisian artist studio that’s been his home for the past 50 years. Total strangers, unknown both to him and to each other, meet in his living room and Jim’s friends show up to cook cheerfully for crowds of 60 or more. It’s simple: you sign up, you come over, you meet Jim. As he once said: ‘My home is a World Government Embassy that never closes.’

The documentary composes an impressionistic portrait of Jim Haynes the man and the cultural phenomenon, as seen by the many and diverse people whose lives have been touched by his. The film is a hymn to the lasting spirit of the 60s, an inspirational living proof of how we can all chose to live on the bright side: to Jim, the choice is ready-made: ‘Life is short: we have a duty to enjoy ourselves.’

The documentary first premiered as Meeting Jim at the Edinburgh International Film Festival last year. It was supported by a crowdfunding campaign that ran in early 2016. For more details on its background, please see the page here.

To view the documentary, please see the page on BBC iPlayer here:
www.bbc.co.uk/iplayer/episode/m0007vk1/meet-jim-citizen-of-the-world