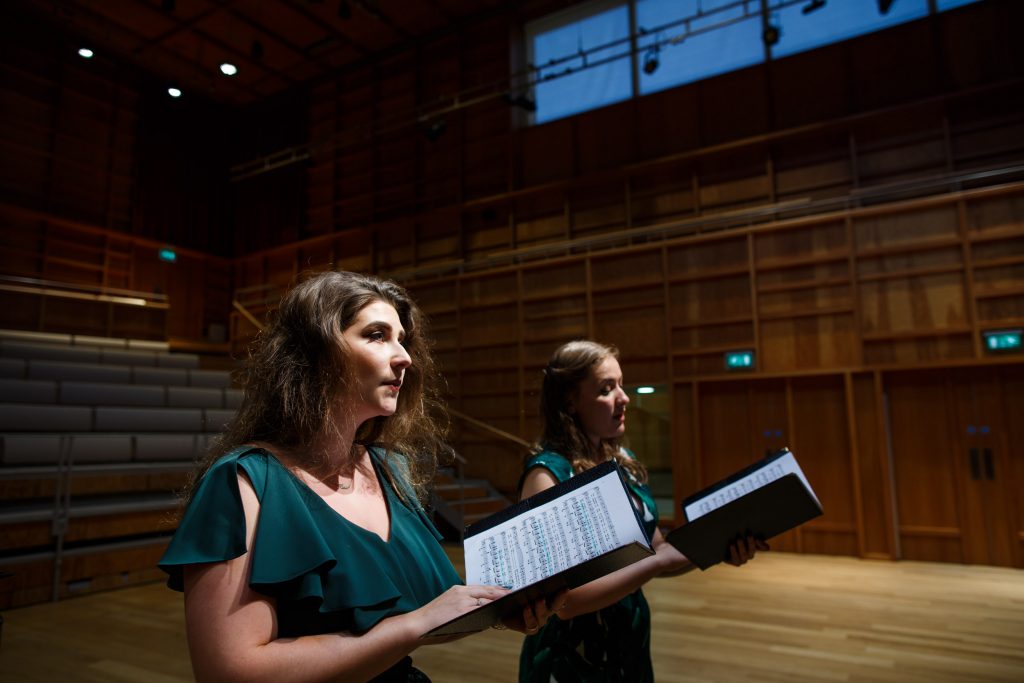 Congratulations to School of Arts students Carmen Mackey, currently studying BA (Hons) Drama and Theatre, and Fleur Sumption, BA (Hons) Art History, who have been awarded prizes at this year’s Music Prize ceremony for their contribution to Music at Kent. The ceremony, which took place this week, showcases the musical talent of students at the University of Kent each academic year.

The University of Kent Music Prize is awarded each to a returning student who has made a major contribution to music at the University this year. This year, the prize was awarded jointly to Carmen Mackey and to Leon Schoonderwoerd, PhD in Theoretical Physics.

Carmen is a member of the University Chorus, Chamber Choir, Cecilian Choir and the Minerva Voices, and was the Sorceress in the semi-staged performance of Purcell’s opera, Dido and Aeneas, in the Colyer-Fergusson in February 2019. She has been an extremely active member of the Musical Theatre Society and coached and performed in their recent successful production of Sondheim’s Company. Carmen is also a Music Performance Scholar, studying with Juliet Schiemann.

The David Humphreys Music Prize, which is awarded to a student who has made a particularly special contribution to our music-making, was awarded jointly to Fleur Sumption and Helen Sotillo (PG Law).

Fleur Sumption has sung in the University Chorus, Chamber Choir, Cecilian Choir and the Minerva Voices. She has featured as soloist in many concerts, including the December 2018 Choral Concert, and as Belinda in Dido and Aeneas. Fleur has also been one of the two vocalists in the University Big Band and when not singing plays alto saxophone. She has just completed her year as President of the Music Society and as a Music Performance Scholar, studied singing with Juliet Schiemann.